A Closer Look at Aimee Carrero 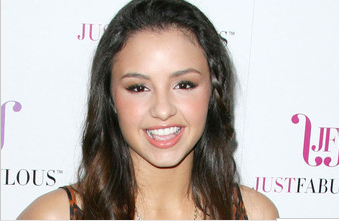 So far from all of the information that we have gathered, we have an idea of what the next season of The Americans will look like. We know that the show will tell stories about the United States’ assistance to the Nicaraguan Contras during the 1980s because of Aimee Carrero’s role. She will be playing the role of a Sandinista fighter that will do everything to support her cause.

Ms. Carrero will get a recurring role so we will see her in at least more than one episode of The Americans. Before we get heavily invested in the acting that she will be doing, we should get to know a few things about her.

Aimee stands at 5 feet and an inch.

Aimee was born on July 15, 1988. Although she may look like a teenager, she’s actually 25 years old. She graduated at the age of 19, and appeared in her first movie (Alvin and the Chipmunks: the Squeakquel) when she was 20 in the year 2009. From 2007 to 2011, she had TV appearances from shows like The Mentalist’, ‘Hanna Montana’, ‘Lincoln Heights’, ‘Men of a Certain Age’, ‘The Middle’, ‘Greek’ and ‘Zuke and Luther’. It was also in 2011 when her big break came from Cartoon Network when they hired her to play Angie on the TV movie ‘Level Up’. After the success of the movie, she reprised her role in the subsequent show of the same name. On December 2012, she joined the cast of an off-Broadway play entitled ‘What Rhymes in America’ where in Aimee plays lead character’s daughter, Marlene. Also on 2012 she became a part of the TV movie Blue Lagoon: The Awakening. Aside from a recurring role in ‘The Americans’ she’s also currently cast in ‘Young and Hungry’, a comedy pilot from CBS studios and ABC family. Ms. Carrero was cast as Tessa, a determined and hard-working banking intern.

I can’t wait for the newest addition to ‘The Americans’ show her acting chops. But all we can do today is wait for the 2nd season that will air on February of 2014.