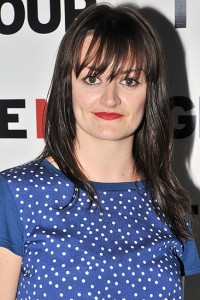 Alison Wright playing Martha in The Americans has not been too active as an actor on TV or movies previously. Alison’s performance in The Americans was remarkable, although her character does come out as a little too naïve. If you are a fan of Alison Wright, be prepared to love her more as she has been promoted to a series regular after the first season.

In The Americans, Alison Wright works for the FBI as Agent Gaad’s assistant. She, like many other on the show, falls victim to the one of the honey traps set by KGB agent Philip. Alison as Martha is seduced by Philip disguised as Clark, played by Matthew Rhys on the show. Pretty complicated huh? Well, hat is the deal with spying, expect the unexpected. But Alison Wright seems to have sort of an anti-spy nature on The Americans. She is more of a sophisticated and sentimental lady. And Clark has taken complete advantage of her softness!

But my problem is that, a woman who is surrounded by spies on regular basis is bound to have a better judgement of people and take decisions based on logic rather than emotion. However, with all the cold blooded espionage running around, Martha’s character brings some gravity and poignancy to the period drama. We feel sorry for Martha while at the same time we feel like beating her up for her credulity. But honestly, I personally enjoy watching every twisted material on the show!

Either Martha is headed somewhere really dark where she’ll have a pitiful termination or she will turn into the much needed major breakthrough for the FBI. She might have a character transformation and bring out her dark side. The heartbroken Martha will make the cause personal and swear on making Clark pay, as he deserves to. But his is pure speculation, sadly! Things are likely to take a much less dramatic turn.

Alison Wright has worked previously in movies. In 2007 she appeared in The Nanny Diaries and played the role of Bridget. In 2009, Alison Wright played a bartender’s role in the movie Nights. Later in 2011, Alison played Monique Gold in the movie Braaains!