Alison Wright on Season 2 of The Americans 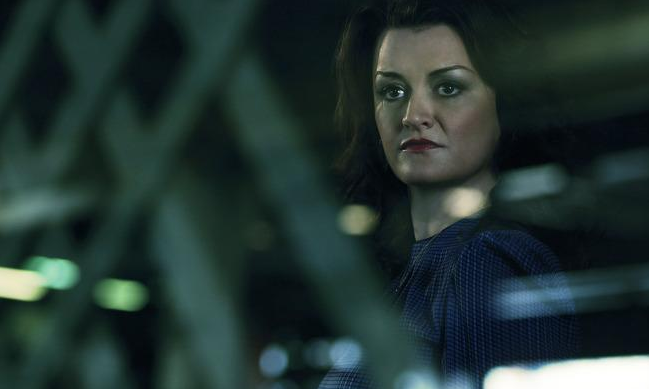 The Americans is a dark show. Although the FX hit is centers on family, marriage, and relationships, the overall tone of the program suggests that the next scene will feature a guy’s head being blown into pieces or another guy being choked to death.

That’s the reason why Alison Wright’s character, Martha, is highly contrasted in the black and bleak background which is The Americans. She brings a certain lightness to the show, a brief reminder that all is still well and the world is not (yet) ending.

Recently she gave an interview to the Huffignton post about the show, how she started her acting career, and her other talent which is dancing. Dancing!

How did your love of dancing shift to acting?

“I went to dancing schools from an early age. (Tap, Ballet, Jazz, Stage, Disco!!) Dancing for me was interpreting the music, the story, the emotions — and I was good at that. I was probably better acting out the song/music than actually dancing. I remember my exams would always have comments like “lovely expressive feeling” haha. Once in a Tap competition I actually fell over, totally on my bum and still came in first place. I must have sold the s#*t out of that number — or maybe it was a pity prize.”

When did you know that your character, Martha, was going to live through the first season of The Americans?

“That information comes in bits at a time, rumors, possibilities, hypotheticals — you sort of hear it’s happening unofficially for a while. It takes a long time to become fact. So I have no clear memory of the when and the where.”

How did you prepare for the role of drunk Martha?

“Hey, I’m a method actor. Getting to work on something that’s physical is fun. That and Keri Russell made us drink Mai Tai’s all afternoon.”

“Bangs or no bangs??!! I just cut in bangs for the first time in seven years and I’m not enjoying them at all! Tragic mistake. Hopefully I’ll dig them in a few weeks.. I love experimenting with my hair and I do like to style it. I wish I had someone doing my hair every day!! I would wear it like Eva Peron or Joan Crawford. I really enjoy Sothy products. I go to the spa in NY and I just love all their lotions and potions.”

Do you have an acting coach?

“I have been studying with Seth Barrish at The Barrow Group for a few years now. I was working on a movie with Sakina Jaffrey (HOC) and looking for a new class. She suggested the Barrow Group and it’s been my artistic home since. I’ve always taken classes and I mean to go on that way.”

What other TV shows do you watch?

“Sherlock is glorious fun! I’m in love with Mycroft Holmes – he cracks me up. The acting is superb all around. Andrew Scott rocked my world as Moriarty. I have a major actor crush on him — he was so exciting to watch. I love watching anything BBC since it’s what I grew up on. I always get into at least one mini-series when I go to England. We have good telly.”

Australia Asked US to Spy on Australian Citizens