The Americans Ratings Strong but Down Again 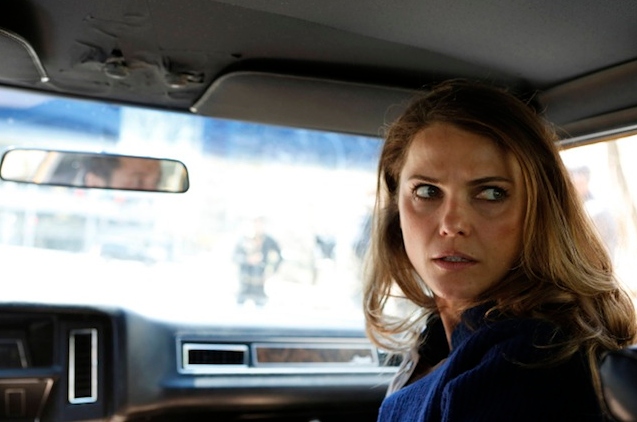 The Americans’ 9th episode, Martial Eagle, proved that it was a great episode by getting a bump in ratings during its airing. The hit FX show was consistent with a 0.4 in the 18-49 demographic until Eagle was shown. Thanks to the said episode, the spy show enjoyed a 0.5 in the 18-49 demo and garnered an increased overall viewership of 1.37 million viewers. However, ratings slid back down to 0.4 when Yousaf was aired last Wednesday. The total viewers also lessened raking in only 1.27 viewers.

The critically acclaimed but ratings deprived show has already been renewed for a third season. FX Networks Chief John Landgraff said “We look forward to it being on our schedule for quite some time,” he said, later adding that he was “confident in the [show’s] long-term prospect.” While the series’ live numbers may have dipped, it has been a DVR growth story. The Americans‘ DVR numbers are “unlike anything I have ever seen,” Landgraf said. “Live viewing is essentially just 20% of whole.”

Aside from the bump from the DVR numbers, FX is also confident that the show will become more popular as time goes by, ala Breaking Bad.

Landgraff also says that “In the 10 years we’ve worked together there have been a few occasions when we picked up a show and then we had a date we had to back into. The Americans is an example, between the scheduling and the fact that they had fairly short prep time in the writing and then Hurricane Sandy just wiped out the [Brooklyn] production offices. It was a really brutal first season … and I think we were very fortunate to come out of it.

“And you just look at Season 2 … just that extra few weeks in the writers’ room, going into production—that amount of time has made a huge difference in everything: in the writing, in the production design, everything.”

Personally, it’s a huge mystery for me why good shows are not getting the ratings that they deserve. The Americans has been included in almost every top ten TV show list for 2013. Critics love the show because of the great script, magnificent score, excellent cast and a list of other notable reasons.

It’s not impossible to be both good and loved by the people. Game of Thrones, Breaking Bad, House of Cards, Orange is the New Black, are watched by a lot of people and they are loved by the critics at the same time. Although it’s not unheard of, I’m still very surprised that a good show such as The Americans can suffer in the ratings.

Well, that’s the sentiment of a fan. At least there is still a new 3rd season to look forward to and as good as the second season is, I’m pretty sure that the cast, show runners, writers, and the whole crew will be giving in their all to prove that The Americans deserve better ratings.

Germany and America Fail to Settle on Spy Deal