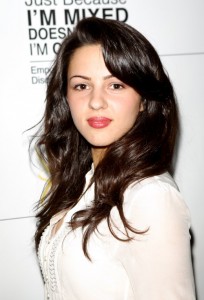 The beauty of The Americans is not all about the looks. Annet Mahendru, playing Russian spy Nina in The Americans, speaks six different languages, consisting, Russian, Indian, French, German, Farsi and English of-course! Now that’s called being versatile!

The amazing Nina has had a short but enjoyable journey in her acting career. Her starting work included working in TV shows called Love Monkey (2006) as a Groupie in the episode: 180.80 and Conviction (2006)as a waitress in the episode: The One That Got Away. Later in 2007, Annet made an appearence in Entourage as the French Girlfriend in episode: The Cannes Kids. She did theatre work too, playing Portia in Julius and Portia Jones, Ensemble in Twelve Angry Jurors, Cheryl in Hooters and more. She also worked in movies like, El padrino 2 (2008) as Serge’s wife, Love, Gloria (2011)as Katie, Almaz (2011) as Natasha, American Badass: Bernie’s Back! (2011) as Janet, Got Rights? (2012) as Kamala Lopez, Captain Planet 3 (2012) as Scripty and more. Also, her 2013 works, which you cannot miss, are Escape from Tomorrow as Isabelle and Metropolitan Stories as Esmeralda.

Here’s a video containing tiny clips of Annet’s past work in Mike & Molly, Love Gloria, 2 Broke Girls, Big Time Rush. Her English accent is so much better than portrayed on The Americans!

Annet has also starred in a number of TV shows like, Big Time Rush (2011) as Princess Svetlana in the episode: Big Time Wedding, 2 Broke Girls (2011) as Robin in the episode: And the Pop-Up Sale, Mike & Molly (2012)as Flight Attendant in the episode: The Honeymoon Is Over and The Blacklist (2013) as Agent Rosen.

The gorgeous Annet Mahendru, who is now promoted to a series regular in The Americans, impresses us every time with her effortless acting skills. It definitely seems like she was born to act and we wish her all the very best for that. We are glad that we’ll get to see so much more of the cute and talented actress on our favorite show!

Annet has a Russian mom and an Indian dad. Wow! Talk about mixed cultures!

Mahendru is a brown-belt in Karate, could there be a more well-deserved spy?!

Check out commercials by Annet Mahendru, we are sure you haven’t seen this side to her before!