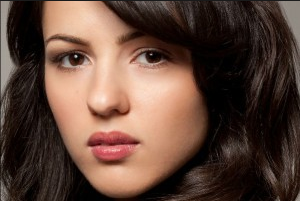 Annet Mahendru graces the page and the cover of Westside People. On the interview, you’ll be surprised at the things that the half-Indian, half-Russian actress has done throughout her life. The title of the piece ‘The Intruiging Annet Mahendru’ is really spot on.

Some of the things in the article really were surprising like Annet speaks 6 languages and is fluent in three. She has studied and played competitive chess and has a brown belt in Karate. She has lived in different countries, born in India, lived in Afghanistan, and graduated in New York. She was enrolled in a Masters Program but her love of acting swayed her into a different direction. Now, because of that, we can enjoy her performances as Nina, the beautiful secretary, mole, and spy in ‘The Americans’.

She had this to say about living in Afghanistan –

“I remember my mom and I getting into the bathtub as the bombs were going off because it was the safest place in the apartment. I was told it was ‘fireworks’ and I believed it and it was sort of fun sitting in the tub with my Mom.”

Her Masters Degree in global affairs could’ve put Annet on a different path, one where she could affect real world things by being a diplomat. But her love for the craft brought her closer to acting and I think she made the right choice. She was just made a series regular which means we’ll see more of her in season 2 of ‘The Americans’. It’s also interesting to note that she was promoted as a regular because of pure talent, as originally, she wasn’t considered to last the first season.

For the complete article, visit the link below where you can see some picture of Annet Mahendru, and a downloadable link to the whole magazine.

What is the KGB

A Letter to Margo Martindale