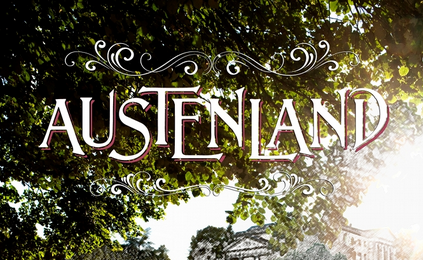 The movie ‘Austenland’ has been opening all throughout America these past few days and the critics aren’t kind with their words. Some reviewers of the movie have said that…

“The contemporary cult that’s developed around English novelist Jane Austen is plundered for cheap laughs in “Austenland.” Unlikely that this phony and often phoned-in romantic comedy will enjoy any cult status of its own.” – Jon Niccum

Jane Austen is a hero of sorts to book lovers especially to women who are dreaming of that love that will stand the test of time. Like Keri Russell’s character, Jane is also looking for her own Mr. Darcy, the perfect man for the Jane Austen fan. Jane goes to this resort where it is styled into a ‘Pride and Prejudice’ wonderland for women. There, an Austen fan can live a life surrounded by muscular men who are acting to win their affections. Warning, big dresses and white shirts are abundant in this movie.

The movie only scored 32% on Rotten Tomatoes and a 5.9 out of 10 stars on IMDB. Critics don’t like the movie too much but the public gave a kinder score. In my opinion, it wasn’t for everybody. It was targeted at women, Jane Austen fans, and men who we’re pushed to the movies by their female dates.

Even though the movie didn’t score very well, it was saved by Keri’s performance as Rob Thomas of Madison Movie has put it:

“And yet, what really sells the film is Russell, who is so slyly charming, attuned both to the zany comic moments and its wistful romantic undertone. She’s a great actress who, aside from FX’s “The Americans,” has been really underused in recent years — maybe it’s time to put her in a real Jane Austen movie. One that doesn’t quote Nelly’s “Hot in Herre.””

The silver lining is that Keri Russell is great at everything. Make her a college student, a Russian spy, or even a Jane Austen fanatic in a low rated movie, she still figures out a way to shine. We still have ‘The Americans’ and we all know her performances will again be great for season 2. And it doesn’t mean that the critics don’t like it that it is automatically a bad movie. See the movie and it might turn out to be a good flick after all.

What is Wrong with the Emmys?