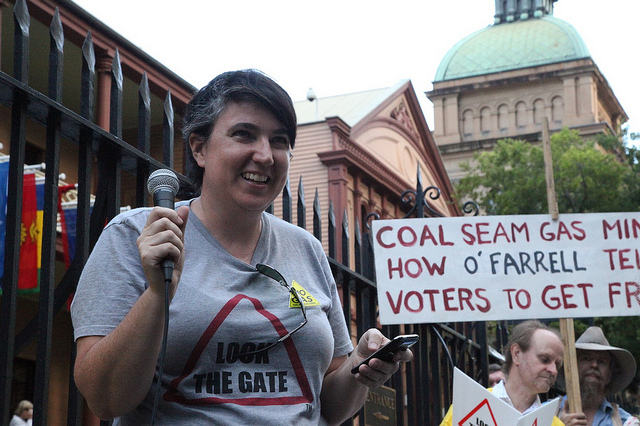 News that the coal industry has paid spies to permeate diplomatic coal protests at Maules Creek is just the recent case, in a long list, of unscrupulous behavior and poor neighborhood relations that has become the trademark of the coal industry.

They must have it all, powerful National Party lobbyists, anonymous political donations, claim of false and deceptive information, and now company spies.  A Fairfax Media investigation this week exposed the fact Tony Groves, a former Australian Military intelligence officer who now runs CIRM, a private intelligence firm was part of an extraordinary undercover operation against the activists who are known as the Leard Forest Alliance or Front Line Action Against Coal. The Idemitsu mining company openly admits it contracted CIRM in order to gather information about protesters.

For five months, moles took on assumed identities with elaborate back stories and rotated through the camp, taking notes, reporting back on any planned actions, profiling the leadership and trying to uncover whether the protesters themselves had spies inside the mines. It failed and several agents were identified, one confronted.  Groves structured the spies for the secret operation. He reported to Tyrone Clark, a former Australian Federal Police officer, whose company C5 Management Solutions received the intelligence, filtering it and passed it on to the mining companies.

Following report on the espionage on Monday, Idemitsu admitted it had contracted C5 Management Solutions and another firm understood to be involved, the mysterious Strongs Security Services. After years of suspicions among activists, it is the first time that such an operation has been verified.

These kinds of black ops may seem like something from a modern spy series or an award winning movie but have been long documented overseas. The exposure of the clandestine project raises important and uncomfortable questions about the extent of corporate power, privacy and the right to protest. Such utter deception is widespread among private security firms, intelligence firms and detective agencies. Phil Laird, a local farmer whose family has been in the district for 160 years wrote ”The protest at Maules Creek has been non-violent and open”. He continues, ”If the coal industry wants to know our plans, then perhaps they could engage with the protectors rather than send in undercover security agents to ingratiate themselves around the campfires.”

The activists’ goal is to flank attention to the impact of Australia’s billion dollar coal industry on climate change, influence a support assembly  halt its expansion and eventually end it. ”It is an industry with rapidly diminishing social license and, in fact, only last week AMP Capital banned coal from its responsible range of investments, joining the likes of armaments, gambling and pornography,” Solity says.