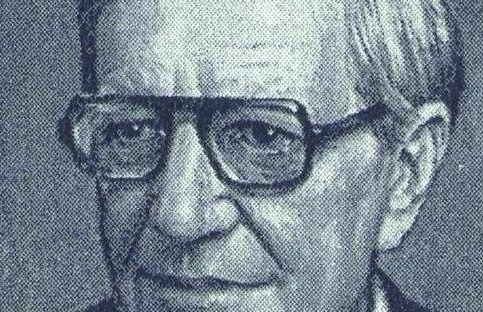 Let’s take a look at the life of a double agent, a 52 year old expat who left his own country and went to the USSR and lived a life of excile.

During the peak of the Cold War his absence was not made known to the public, because this man Kim Philby, the so called Third Man in the feared Fifties Cambridge circle of spies with Gus Burgess and Donald Maclean.

After 50 years, the media has come up with a documentary that highlights Philby’s unusual life from his student days to a simple dormitory in Soviet-era in Moscow through a transformation that introduces him as a double agent for 30 years.

It all started with his days at Trinity College Cambridge in 1930 where Philby garnered his education at a public school faced by being in the middle of the rich and the poor. Upon having the privilege of his new life, chaos and poorness prevailed as the Great Depression emerged. He became the financial head of the college socialist group and after finishing his studies he became radicalized by his travels to Viena, where he experienced the oppression of socialist in the hands of fascists group.

There he was acquainted with Alice ”Litzi” Friedmann, a socialite Jewish divorcee two years older than him. Philby fell overly in love and after sometime got married and went to London to avoid the Nazis. It led him to forsake his much elated life in activism and pursue his career in espionage for the sake of his found passion which is communism.  After a while the two parted ways and during 1940, he continued his life with another woman Aileen Furse whom he later wed and had five children with.

Philby was promoted and was sent to Washington in 1949 as MI6’s liaison between US and British intelligence. Everything was going fine until he got wind of a planned capture of his fellow double agents Burgess and Maclean. Philby tipped them off and the two weren’t captured and instead moved to Moscow.

But his “tip” came with a hefty price. Since he was one of the few people who knew that the spy duo were being picked up, Philby was interrogated by MI5. Luckily for him, his buddies at MI6 saved him from being put on trial, but he was still forced to quit and be in limbo for a couple of years.

It was apparently, J. Edgar Hoover, head of the FBI, that publicly named Philby as the Third Man. The British were forced to deny the allegations and forced the people back at MI6 to defend their friend. They even gave him a job as a foreign correspondent for The Observer and the Economist in Beirut, as an added cloak of protection from Hoover’s numerous tirades.

But everything came to an end when new accusations were brought out. This time, the MI6 were forced to create a plan to get Philby to confess in exchange for immunity from persecution and public exposure. Once the “Third Man” learned of this proposal, he disappeared. Some have said that this was the part all along, to get Philby to disappear and establish his guilt.

A Closer Look at Vladimir Putin