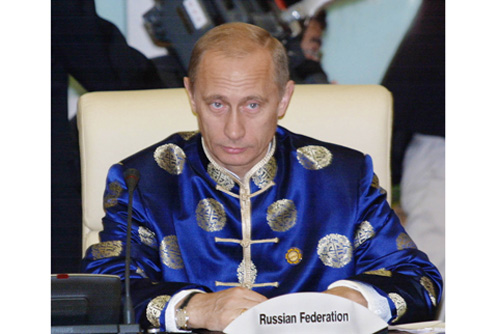 There are two ways to interpret the Cold War. One is the legit cold war that ended in 1991 when Russia and the United States of America were in a state of colliding ideals, the free market VS communism. Today, there is another Cold War, but more literal than its previous incarnation.

The Arctic Circle is now a coveted area, full of hidden treasures in the form of oil and natural gas. Are we in a real war? No. But the Arctic is forcing countries to take steps and measures.

Let’s look at China and Russia. Russia has been staking its claim on the Arctic long before. Now, China is also showing its intent to have a piece of the treasure hidden on the arctic. This current development from China doesn’t mean that the world is now divided between democrats and communists, it just means that America, as the leader of the whole world, is now facing stronger rivals.

Still, it doesn’t mean that there is a war, what this means is that there are countries that believe that they should be more influential in this world. These countries want to have more control and more power. They want to take away Americas hold on the world. They are not expressing their wants for war, but with their actions, it seems that they are standing up to their “enemy”.

Again, there is no real war. China and Russia don’t really coordinate their actions. What we are seeing are just coincidences and to say otherwise would be to claim something without proper evidence. What China and Russia has is the disagreement on how the world is run. To be more specific, on how America runs America, how Japan runs Japan, how Europe runs Europe and so on.

Although no actions have been too direct, there are instances that they are baring their teeth against the United States. China has strengthened its hold on their territories on the East China Sea where it’s still disputed amongst American allies like Japan and The Philippines. Russia has backed up Syria, where in they countered President’s Obama to rain fire on Syria. President Vladimir Putin looked like a pacifist, in insisting that America shouldn’t strike Syria. It is a bold stance but not a clear declaration of war. Russia and China is not engaged in the original Cold War, but it is clear that they are using the same tactics as before.

America is under a transition, where it’s trying to remove its strong hold on some Middle Eastern countries and Asia. With this happening, Russia and China are taking advantage of the situation. Gradually, they are increasing their presence on the areas, Russia wants to take over the Middle East and the Arctic, while China wants to control Asia. The U.S. is still doing steps to counter these actions, but basing from what’s happening in America today, with their politicians unable to work together, it will be an uphill battle.

The Americans Snubbed at The Globes