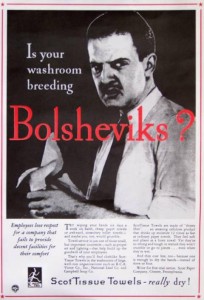 As I eagerly await the second episode of the new FX television series, The Americans, I can’t help but reflect back on an era so many of us love to hate: the 1980s. The Americans is an 80s cold war nuclear paranoia drama about a group of soviet KGB officers who are living undercover as American citizens – together as husband and wife, played by Matthew Rhys and Keri Russell. Creator Joe Weisberg takes the Russian spy drama to a whole new level as he realistically sets the series against an 80s backdrop, complete with Ronald Reagan ranting about the evil empire in the background. If the spy theme doesn’t get you right off the bat, then the candid portrayal at how ALL OF US looked and felt in the 80s will.

First, the fashion. It’s the first thing women rip on when they hear a reference to the 80s. There was the bad… then the ugly. Legwarmers with just about everything. Neon parachute pants. Huge earrings, and even bigger hair. Fingerless gloves. Oversized tops and ugly stirrup pants. Oh, and let’s not forget the shoulder pads – even in t-shirts. While The Americans may not pull out all the stops with regard to hideous 80s attire, I’m certain we’ll get a few precious hints here and there.

The 80s is also known for its iconic music; the sorrowful, sometimes angry alternative music that survived the late 70s, then thrived a decade later.There were songs about nuclear war. At one end there was Frankie Goes to Hollywood’s “Two Tribes”; at the other, there was “Two Minutes to Midnight” by Iron Maiden. Hmmm… I wonder if The Americans will reference the infamous “Doomsday Clock” this season?

The 80s were such a dysfunctional time. In the middle of excessive drug use, AIDS, threatening music, and alarming fashion – many of us were secretly holding our breath in fear of a full-scale nuclear showdown between the U.S. and the Soviet Union. A war of that magnitude would have meant the end of civilization as we know it. Nuclear paranoia to the nth degree.

The producers of the The Americans know what they are doing. This smart TV newcomer will no doubt get even more attention as the series unfolds. And mark my words — people will love every minute of the trip down memory lane – no matter how funny or painful it is to relive.

'The Americans' FX Brings the 80s Cold War Back

Remembering the Reagan 'Bear in the Woods' Ad