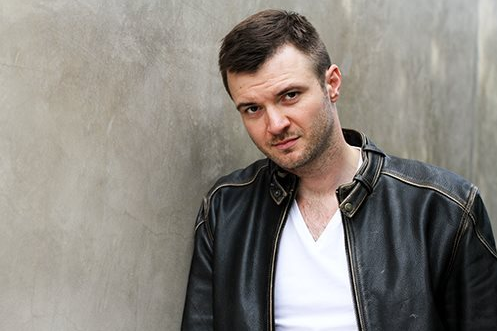 The FX drama The Americans which embark upon the aftermath of the Second World War just wrapped up their second season with an immense finale. We’re all ears on what the casts are up to while on season break. Here we have Costa Ronin, one of the most amazing actors of his time, in his recent chat with Dispatch Radio about the TV drama, he splurged about his character Oleg and how he was excited about his portrayal.

Other than “exciting”, like he said, we definitely want to squeeze out more from his character, stopping saying, he didn’t want to rob everyone of the intense feeling when they watch the finale.

He added, “What I knew about Oleg is that he was definitely not the “what you see is what you get” kind of person. I knew he’s very, very multi-layered and a multi-dimensional character”.  His supposedly 2 episode exposure turned into 12 out of 13 not to mention the stakes were raised for almost all of the characters including his, so it’s definitely a go for next season.

On his Character Oleg

Since betrayal and lies are the rules of the trade, he says that at first, Oleg convinced people to believe he was someone he’s not to rule over and get the job done. Once he gets to know and understand the people around him, he starts to slowly show people his true colors, perhaps a portion of that. He was actually a tech savvy, a very knowledgeable one, and a top notch at counter intelligence.

At the back of our heads, we’re relief to see the more human side of his character as he hinted a massive storyline coming up.

What’s the Strength of the Show

We would agree with him when he said, the show is not just about right or wrong, and the direction which the characters take isn’t absolute black or white. No matter how diverse the characters are, the circumstances dealt with are actually the reality which everyone walks on, and that makes the show human.

The USSR born hunk also discusses his appearance on the new CBS series Extant which premieres July 9 where he would work with no other than Halle Berry.  When asked how he feels about it, “I’m so excited for the fans of Halle because it’s not often she’s on television. For me, it’s kind of a jump from playing somebody 30 years ago to somebody who is 10 years into the future. I can’t really tell you much about the characters since it’s not aired, but it’s a really, really exciting show. As an audience member, I can’t wait to watch it.”

He also shared about an Indie film coming out in the summer or probably early fall called The Midnighters.  “It’s going to be a great film”, he teased.