The Americans Facts Vs. Fiction 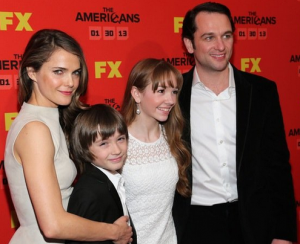 We watch The Americans and we love it but the question remains whether the show portraits the actual scenario during the  Cold War or not. The period drama, being based on the Cold War, requires to fulfill certain obligations without crossing certain boundaries. Since the drama is history based, the writers can only blend their imagination to a certain limit. Another thing to be considered is the spy factor. The show requires a perfect balance of mystery and history! But has The Americans managed to maintain that standard?

The answer is YES! The Americans did get it right to a large extent or so we can hope with the show having a former directorate of operations in the CIA (1990-1994), Joe Weisburg, as the its creator.

Russian illegals in the United States is a proven fact and real life spies have even been caught in the act. So the core of the show is absolutely justified. Spies disguised as civilians, much like the Jennings, were actually part of the real picture. So, the wigs and disguises actually works for the real spies.

Another detail which The Americans nails is the luring part of the job. Elizabeth and Philip don’t just go around seducing people for nothing! This has been a tactic played by spies in a number occasions. “Honey Traps” were even set by notorious Russian spy in the USA, Anna Chapman, who, as a matter of fact, tried to cozy up to Obama cabinet official! There were more similar incidents. In the eighties an American marine, named Clayton Lonetree, guarding the Moscow embassy, ended up helping a spy,who seduced him, bug the building. This trick never seems to get old and unwelcome.

The Americans is not one of those James Bond classic entertainment, but it is still an entertainment. The show requires to exaggerate certain details in order to keep the viewers around. In most cases you will notice that spies emphasize on the fact that their jobs are boring. What happens for real in case of illegals like the Jennings pair is that, they stay down and quiet living low profile lives. At some point when they are assigned with their target, they are activated to accomplish the goal.

The Jennings pair, who are the Russian agents are more likely to make others do most of their dirty work. We’ve seen an example of this with Elizabeth’s recruit, Gregory, but the frequency of work done by the spies recruited by the agents are much higher in reality compared to the amount of spying done by the agents themselves! If Elizabeth and Philip, who are treasures of Russia, would recruit more US natives to spy for them, then the scenario would be more realistic but of course, the leads need to be in the lead of the show!

As much as we love all the action sequences performed by Philip and even Elizabeth at times of need, genuine illegals are said to have a varying image. Illegals looked and behaved as normal citizens, always keeping it low scale. It was unlikely for them to carry weapons or have any martial arts skills, as shown in The Americans.