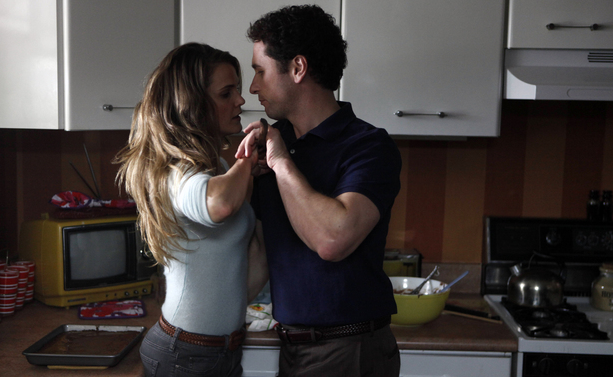 On the past we’ve written a couple of pieces on how The Americans compare to real life spy craft. You may already know that the FX hit spy show is based from real life incidents like the 2010 Russian illegals bust (from where Anna Chapman got her rise to fame) and Russian agents marrying government secretaries to gain information. It’s also common knowledge that the creator of the show, Joe Weisberg, was a former CIA agent, and he also taught the actors about different real life spying techniques like dead drops and counter surveillance.

Still, we can’t say that all of the things that they do on the show is realistic. The biggest reason for this is (duh-doy) entertainment value. We were visually trained by James Bond that being a spy is exciting and glamorous. What it is exactly is just a lot of talking, trying to get people to spill out information, and waiting in vans observing a target while eating fast food take out. There were no car chases, gun fights, and elaborate plans to kill diplomats in the 80’s. The Americans using the Ronald Reagan assassination attempt and the Alexander Haig “I’m in control here” statement were of course real, but aside from that, the rest were just exaggerations meant to entertain the viewer.

The show runners and the producers didn’t say that what they showed was 100% based from reality. All they said is they took bits and pieces here and there and that was it. Russian illegals never spoke accent-less English, they never knew Martial Arts (whoa), and they never killed people in Washington DC. If they did, the American government would’ve done their best to find the said illegals and stop the KGB from ever sending another sleeper agent on US soil. It also could’ve been worse than that if there were any real killings because if there were, the Cold War would’ve turned hot and the Mutually Assured Destruction part would be a definite part of our history.

So I apologize, to the people who think that whatever they showed on The Americans is all real. It’s TV, so they need to create drama, action, intrigue, and suspense to keep us glued to the monitor. And I really thank Joe Weisberg and his team of writers for doing so because real life is so boring. If I wanted to watch real life I’d turn on Facebook and read all my friend’s online public fights.

So my suggestion is just enjoy the ride. Not all of us are agents, savvy on the ways of spying and intelligence gathering. Leave your brain at the door and just watch the expert portrayals of Keri Russell, Matthew Rhys, Noah Emmerich, Margo Martindale, and the rest of the amazing cast. Be thrilled on how the lack of technology makes missions doubly hard compared to now. And just marvel at the wigs and costumes they wear just to protect their cover. In short, don’t question it, and watch religiously.