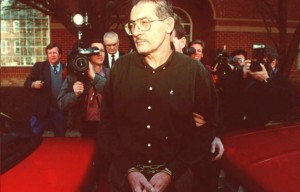 The lives of famous KGB spies were shrouded in secrecy. While the lifestyles seemed both thrilling and sexy, KGB agents led anything but an easy life.

Since the debut of the The Americans on FX, there has been renewed fascination about KGB spies – especially the most famous ones, like Vladimir Putin and Aldrich Ames who worked as a mole in the CIA for nine years until he was caught, tried, and convicted for treason.

Since the KGB fell in1991, many of the former spies went into hiding. Some lived the rest of their lives on the up and up, others were wracked with anxiety and depression and took their own lives. The lives of the most famous Soviet spies have some to light in a recent edition of Foreign Policy. Their article about Famous KGB Spies sheds light on what life was like for them during and after their stints in one of the world’s most powerful intelligence services.

Here is an excerpt about the most infamous KGB spies, Aldrich Ames.

For Americans, Ames is perhaps the most infamous KGB spy, having worked as a mole in the CIA for nine years until he was caught, tried, and convicted for treason.

Ames was the son of a CIA officer who had worked undercover in Burma in the 1950s. It was Ames’s father who encouraged him to train for CIA work, and got him hired in 1962. But Ames bungled his spy-recruitment assignments so badly that he succumbed to bouts of binge drinking and depression, claiming that he was disillusioned by what he saw of U.S. foreign policy.

When Ames was promoted to counterintelligence branch chief in Soviet operations in 1983, he found files on CIA personnel working in Russia at his fingertips. Meanwhile, Ames’s mistress was racking up insurmountable debt, and a divorce settlement with his wife left him deep in the red. Ames admitted later that he needed about $50,000 — and remembered hearing that the KGB paid CIA operatives that exact amount for becoming a KGB spy.

In 1985, Ames offered the names of three double agents to a KGB contact, thinking that what he was doing was not that treasonous since they were technically KGB agents. He got the $50,000 in a brown paper bag, and weeks later informed the KGB about many other U.S. spies in the Soviet Union, including one of his best friends, Sergey Fedorenko. All told, Ames disclosed the identities of 25 CIA operatives, 10 of whom were sentenced to death. He became the world’s highest-paid spy, earning roughly $4 million for turning on his colleagues.

Ames was finally arrested in 1994 by the FBI after eluding the bureau twice. He was sentenced to life in prison under the Espionage Act (the same statute that the Obama administration has used to prosecute government officials for leaking classified information) and is now locked up at a maximum-security prison in Pennsylvania.

What was the KGB?