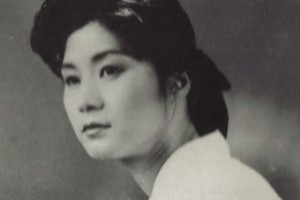 Hyun-hee during her days as a N. Korean spy.
Source: ABC News

As we watched The Americans FX unfold this season, there as been renewed fascination in spy history and culture. Who are these secret individuals who fly between the radar to uncover a country’s deepest, darkest secrets?

Today, we take a closer look at a North Korean super spy. Kim Hyun-hee talked with an Australian ABC TV station, detailing her life inside the kingdom and how she trained other North Korean spies to plant a bomb on a South Korean passenger plane.

Why is Kim Hyun-hee interesting? Besides the fact the she is a female spy, Hyun-hee is spilling secrets about one of the world’s most secretive Communist countries – and one, by the way, that is threatening a thermo-nuclear war against its neighboring south. Another interesting tidbit? This terrorist attack she speaks over took place during the Cold War ’80s.

The attack in 1987 killed all 115 people on board the plane and let the U.S. to list North Korea as a state sponsor of terrorism.

“From the moment I got on the Korean Air flight, left the bomb in the overhead locker, and until I got off, I was nervous every second of the operation,” Hyun-hee said.

Kim recalls years earlier when she was plucked from a North Korean schoolyard to start spy training.

“In North Korea, I was taught that our leader Kim Il-sung was a god. You were taught to put him before your own parents,” she said.

“You learn from early childhood to say ‘Thank you, Great Leader’ for everything. And if you said the wrong thing, even if it was a slip of the tongue, you’d end up in the gulag.

“North Korea is a not a state, it’s a cult,” says Hyun-hee

I encourage all the faithful of The Americans TV Show, to read this ABC NEWS article on this North Korea spy.

Spying. North Korea. Communism. These all hot topics right now. Please keep continue these trending topics by sharing this article with your friends and followers.