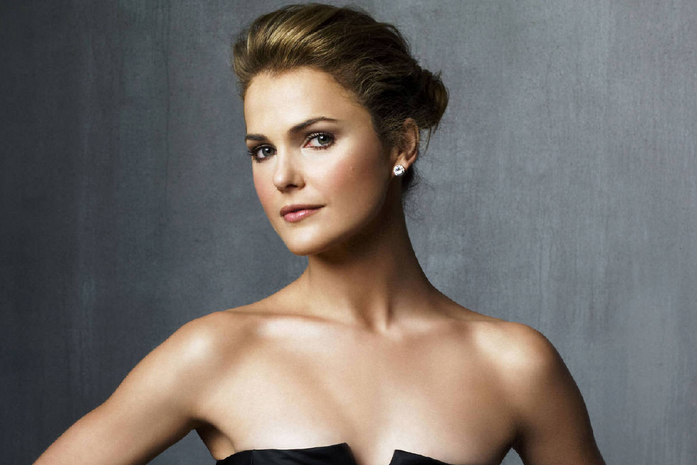 Keri Russell  and Diane Kruger goes super glam as they meet up on the red carpet at the 2014 Critics’ Choice Television Awards held at the Beverly Hilton Hotel on Thursday ,June 19  in Beverly Hills, California.

The ladies were joined at the event by the leading men from their respective series, The Bridge‘s Demian Bichir and The Americans‘ Matthew Rhys. Annet Mahendru who’s playing a double-agent Nina, was also spotted.

Keri along with her rumored co-star boyfriend Matthew and Annet are all nominated this evening for their work on the critically acclaimed FX show, which is also nominated for Best Drama Series, The Americans.

The Americans airs the life of undercover Soviet couple living in the suburbs of Washington as normal American couple with their unsuspecting kids and their neighbor, an FBI counter-surveillance agent. The show dwells on the lives of the Jennings both personal and professional.

With both first and second season garnering positive and high ratings from critics, it is considered as one of the top 10 television series of 2013.  Season 2, was hailed one of television’s finest dramas.  It has been awarded in 2 consecutive years as the Best Drama Series by Critics Choice Television Award and Keri Russell as the Best Drama actress for both years.

We’ve seen Keri in Felicity all those years and she has continued to be a strong, independent and intelligent character on television since then. While her character on the FX show The Americans is generally buttoned up in conservative attire, it’s also not bad to check on her stunning style as she walks the awards night.

The 38-year-old looked sensational in the racy black-and-gold dress, she displayed her slender figure in the dress, which nipped in at her waist and sported a fish-tail train.

She wore her highlighted brown hair in soft waves over her one shoulder and upped the glamour further with crimson lips. The mother-of-two kept her accessories to a minimum, donning simple gold earrings and bracelets.

People recently confirmed rumours that Keri is dating her The Americans co-star, Matthew Rhys, following months of speculation about the pair’s relationship.The  couple was pictured on a date last month as they took in the play Library at The Public Theatre in New York.The dynamic duo star together in the FX series The Americans, which was recently renewed for a third season.

On the show, Keri and Matthew play Soviet spies Elizabeth and Phillip Jennings, who are in an arranged marriage and live double lives raising two children while spying on the American government. Their cover story becomes reality when the couple begins falling in love for real after years and years of marriage.

But just because Russell was so clearly this week’s most lovely look doesn’t mean the other competitors in the category were slouches. Jessica Alba, Naomi Watts and Emmy Rossum all made it to top five in gorgeous gowns, accessorized with glamorous jewels and elegant hair.