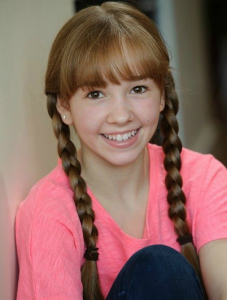 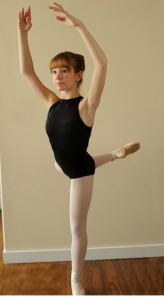 Holly Taylor, better known as Paige from ‘The Americans’, is a brilliant actress for her age and seems to have tremendous potential. The teenage star has had quite a ride until she arrived the platform of the show. The creativity of Holly Taylor surfaced at the age of three, when she was enrolled into a dance class. Then there was no looking back! The young lady started dancing on Broad way at the age of 11, performing as many as 8 show per week in Billy Elliot.

Aside from ‘The Americans, the young talent had a few more appearances on television. Holly Taylor worked in a movie in 2009 called Macy’s Thanksgiving Day Parade where she had the part of Sharon Percy. In 2010, Holly worked in the movie Celebrity Nightmares Decoded. In 2011 she worked in Love and Zombies as Allie. In 2012 Holly Taylor acted in The Cook playing the role of Gretchen and in 2013, Holly acted in Ashley and played Young Ashley. 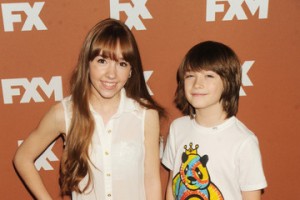 Keidrich Sellati, the cutie on The Americans, is playing Holly Taylor’s on-screen brother, is new in the acting business. But it is evident that the little man has way to go with his skills and natural talent!We love the innocence of the children on the show, which is what keeps a lot of things on track. Like the fear in their parents and the boundaries which the spies cannot cross in order to protect their most valid possessions, their children.

Holly Taylor’s parents, who lived 500 yards from the hospital, were on the way for delivery but before they could reach, Holly was born! Her delivery was done by two inexperienced paramedics.

Holly Taylor made the front page of the local newspaper as she was supposedly the first child in 25 years to be born inside an ambulance.

Holly, as a young kid, always had a smile on her face. She used to dance and sing along with everthing being played!

Here’s the other side to Holly Taylor/Paige Jennings (this girl’s talent is bound to blow your mind):