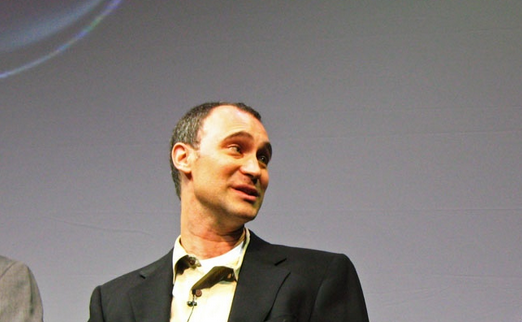 Joel Fields and Joe Weisberg are the creative forces behind The Americans. Fields is an executive producer while Weisberg is the creator and also an EP of the hit spy show. Together they did an interview and answered some of our burning questions of what’s in store for season 2.

About writing and their favorite part about working on season 2, which will be on the air on February 26, on FX, 10 PM ET.

Weisberg: “Well, the first season was pretty tough. Getting the whole thing off the ground. Putting the pieces and really figuring out what the show was going to be. That’s awfully hard and awfully complicated. Figuring out as you go, and then refiguring it out. Going into the second season felt very different. It felt like we had a pretty good sense of what the show was when we started out. And when Joel and I started doing what we do—which is taking long walks at the beginning of the season to plot out the stories and figure out where the characters were going—we were fortunate to get into a nice creative zone right away so things just had a flow this season that they didn’t have the first season. It just has felt good all season long. “

On what season 2 is about:

Fields: “Season 1 asked, “Can this fake marriage work?” and “Can a fake marriage become a real marriage?” Season 2 is asking, “Can this fake family work?” and “At what point can a fake family become a real family?” I think that’s the extension of the question. We’re exploring the marriage more through the prism of parenting and family. And the challenges of being on the same page. Of being a couple. Because you know being married and parenting together, that has its own set of challenges. “

Wigs, Costumes, and how they keep it serious:

Fields: “Noah Emmerich (who plays Agent Stan Beeman) sent us this amazing thing he found which was a book being published of disguises of the Stasi—the actual disguises, they got photographs of all of them—“

Fields: “And we’re here to tell you, THOSE were some comedic disguises. The actual ones they used. These disguises are a real part of spycraft, they really work, and believe it or not, what we try to do is err on what would be real and then dial back anything that might be too silly.”

On how the writers decide the internal balance of selfless duty and selfish human need within each character:

Weisberg: “The question itself is very well put, because it cuts to the heart of the struggle that each of these characters lives with. I don’t think there’s really an answer to the question. I think that balance is the life of these characters. I think part of this show is watching that balance shift. And watching how they’re not aware of it in any conscious way, but it is what animates them as people.”

Fun Facts about The Americans