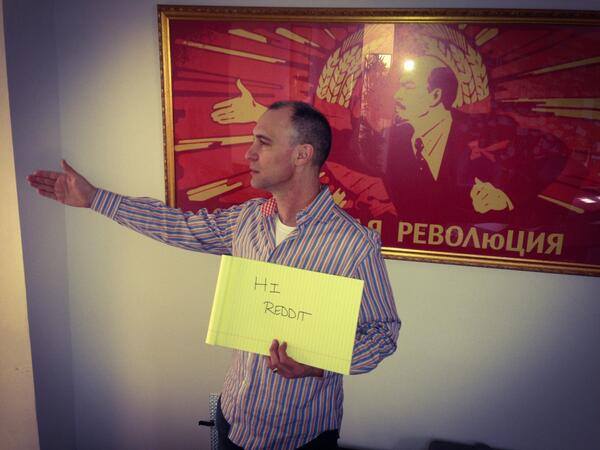 As of this writing, Joel Fields and Joe Weisberg are still doing a Reddit Ask Me Anything or AMA. It’s been 3 hours since their last reply but you never know right?

I’ve read some of the questions and all of the replies and I’ve compiled the best answers here if you don’t want to read the whole thing. Enjoy!

frozentim: Such a huge fan of the show, and am so excited for season 2, especially since all the early reviews have been so glowing…My question is, how much backstory do you work out for yourselves before you plot out the stories? For instance, do you find it’s important to know things like where Nina comes from, or how Philip was recruited, or does that character history only come up if it’s pertinent to the current story?

JOEL: We plot out some, but a lot of it unfolds as we create the scene work and the story arcs. Sometimes, we have a very specific backstory in mind, but then in a specific episode we actually change the backstory if we can to accommodate something that’s happening.

Aponce17: Brooklyn and Queens are definitely not 80s D.C./Virginia, yet, few would watch the show and realize it is shot in New York and the surrounding area. What makes a location suitable for filming (or is required to make a location suitable)? And, what has been one of your favorite places to film so far? You guys do a great job at finding unique and interesting locations!

JOEL: Our locations department works very hard to find the right locations to film the show, then our production designers put an enormous amount of artistry and effort into transforming the places for location and period accuracy, and THEN we often spend a good deal of time and money doing visual effects.

JOE: My favorite spot so far is the Brooklyn Botanic Gardens, which we said was Rome, I think, in the 1960s. We didn’t have to do anything except put a title on the screen that said, Rome, 1960s. It’s just a bunch of flowers.

brodiemanthefirst: Is there a standard wig:episode ratio that you guys try to shoot for?

JOEL: There’s no ratio per se, but boy do we like it when the wigs appear. We just found out that Keri thinks she looks like a boy in her wigs.

triforce28: Love your show. Been waiting for the premiere since last season ended. Andy Greenwald and Alan Sepinwall have said how this season is even better. I can’t wait to watch

JOEL: Thank you — we love this question! Great question! We hope there are more like it!

JOE: This is the best question ever. In fact, it’s not a question. But we love it.

Kmart_Elvis: My girlfriend and I have been addicted to this show since the premiere! We’re wondering, since the first season took place all throughout 1981, can we expect series 2 to span all of ’82, and then each subsequent season in the corresponding year after that? That would seem to be a very interesting way of time-framing the series. Thanks!

JOEL: We are sitting in what we call “the vault,” the room in which we write our scripts. On the wall is a calendar that starts in January of 82 and on which we have tracked the entire season episode by episode. In our minds we actually know when every moment of every episode takes place. We have no idea whether anyone else will be able to follow it.

georgly: What is your favourite episode from season 1?

What is one thing about season 1 that you wish you had done differently?

JOE: I don’t know that I have a favorite episode, but I feel very lovingly of episode 109 where Philip and Elizabeth had to — no spoilers — deal with Gregory. Also a great Roberta Flack cover of a Bee Gees song in there.

JOEL: I can’t pick favorites, but sure, Joe. I’m with you — as always.

JOE: Joel’s eating dinner, and I think he didn’t answer that because he wanted to chew. Now he’s gonna answer. Watch.

JOEL: The problem is, it probably looks like we’re typing this, so it makes no sense. But actually Derek is at the keyboard. Once you’re a showrunner, you don’t have to do your own typing anymore.

JOEL: By the way, it’s very hard for me not to put a smiley face at the end of each of these responses.

JOE: Joel always puts a smiley face at the end of everything he writes.

JOEL: Well, not the scripts. But everything else. Because it’s good to smile.

JOE: I couldn’t wait to hear what was coming after “because,” because I’ve been waiting two years to hear what the answer was.

It’s a long read but if you want to dig deeper, here is the link to the reddit AMA: