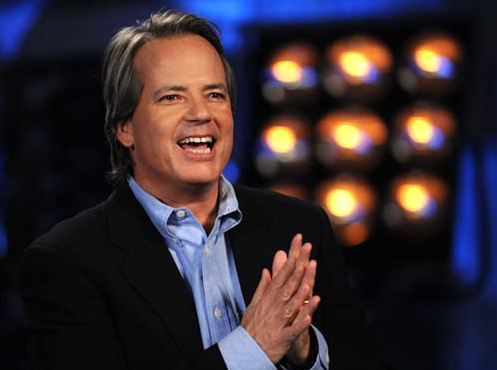 Graham Yost, as you may know, is the show runner of the excellent FX series Justified, but did you know that he is also an executive producer of The Americans as well. Aside from working with these two great dramas, Yost has worked with a lot of different shows he sure can be proud of. His credits include the underrated Boomtown, and HBO’s war epics The Pacific and Band of Brothers. Aside from being the EP on The Americans, he also has work executively producing TNT’s Falling Skies so that begs the question, what do show runners and producers actually do? “A show runner is responsible for, well, running the show,” Graham explained. “An executive producer can be anything from a senior writer, directing producer, or someone who helps get the show sold and off the ground.”

For The Americans, Yost was responsible for bringing the show to life. He read Joe Weisberg’s book and pilot script, so he was there from the early stages of the process. He had some things to say about the first season:

“The pilot; [director and executive producer] Gavin O’Connor did a brilliant job starting the series, and his use of ‘Tusk’ by Fleetwood Mac was inspired,” he told us. “Episode six, ‘Trust Me’; Philip [Matthew Rhys] and Elizabeth [Keri Russell] are brutally interrogated, as it turns out, at the behest of their handler Claudia – the inimitable Margo Martindale.  And the last two episodes, ‘The Oath’ and ‘The Colonel,’ really bring the season to a strong conclusion.”

Aside from praising Mr. O’Connor, the Justified show runner only had good things to say about the crew of The Americans. “Costuming, production design, set dressing, hair and makeup,” he said, “everyone has contributed to making this an 80’s show without ever being a joke about the 80’s.”

Speaking of Margo Martindale, who was excellent in both of her portrayals in Justified and The Americans, was her appearance on Justified one of the reasons why she was picked to play Claudia in The Americans? “Kind of,” Graham said, telling us, “When the part was being cast, there was some concern about using someone so identified with Justified.  John Landgraf, head of FX, called me and said he thought she would be perfect. I agreed.

“There’s something fun about actors on FX shows appearing on other FX shows,” he added. “Besides, it’s Margo Martindale.  She’s as good as it gets.”

Yost also gave some hints for season 2 of The Americans: Season one is about a marriage. Phillip and Elizabeth, although having been married for fifteen years, finally fall in love,” Graham teased. “Season two is about the family, and can it survive fissures within and threats from without.”

Season 1of The Americans is already out in DVD and Blu-ray. Season 2 of the spy drama will air on February 26, 10 PM ET on FX.