Keri Russell on Dawn of the Planet of the Apes 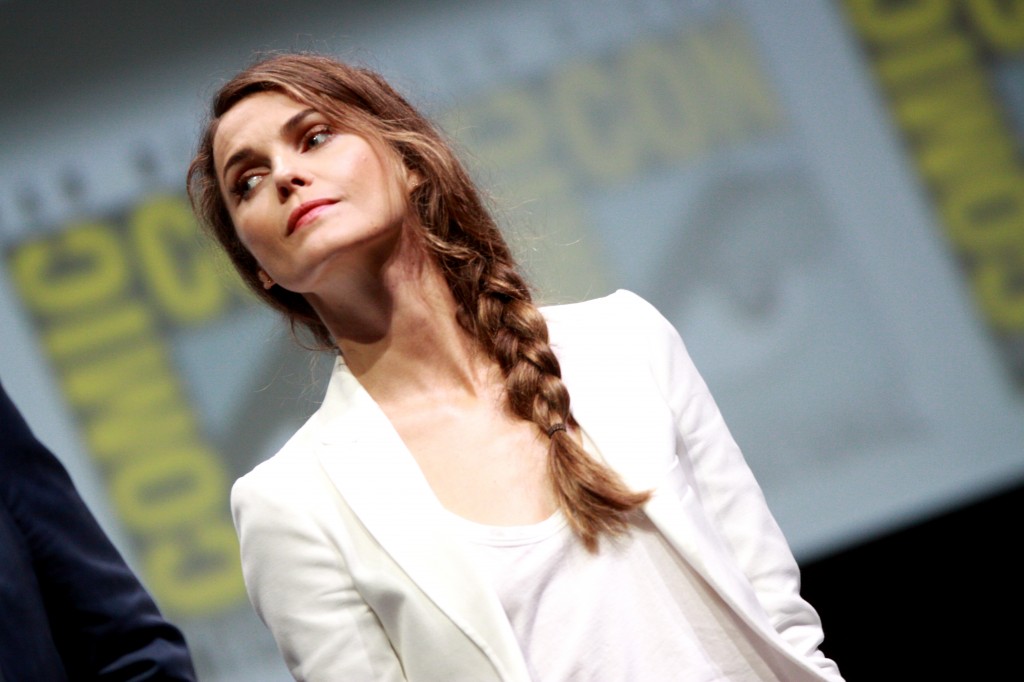 Keri Russell has been one busy bee lately. Her work with the previous season of ‘The Americans’ was just the start of her new string of gigs. She recently starred in ‘Austenland’ where she played Jane, a hopeless romantic going to a Pride and Prejudice themed resort to find her own Mr. Darcy. If you thought that plot was “unique” then have a mouthful of this. She’s going to play a doctor in Matt Reeves’s latest movie ‘Dawn of the Planet of the Apes’. We will see Keri Russell live in a world where an intelligent chimpanzee is trying to rule over the world, again, very unique. But I think that’s good, considering Keri Russell’s very recent acting choices have catapulted her career again to new heights (trivia: she was in ‘Arrested Development’ in a cameo role)

Kidding aside, I loved the reboot of the classic Apes series ‘Rise of the Planet of the Apes’. Sadly, the original director Rupert Wyatt left the development of the follow up because he felt that he wasn’t given enough time to make the movie. That also meant the exit of James Franco. The good news is, we will see Keri Russell in this movie (reunited with former ‘Felicity’ director Matt Reeves), and the excellent Andy Serkis will be reprising his role as Caesar. Aside from these two fine actors, the movie will also include Gary Oldman, Jason Clarke, Kodi Smit-McPhee, Toby Kebbell, Enrique Murciano, Kirk Acevedo, and Judy Greer to name a few.

Keri Russell had this to say about the movie:

“What is my character? It’s a tough one to describe because it’s so epic. I can tell you that it’s about ten years after Rise, the first one and, basically where we come is it that there’s been this virus outbreak and there’s very little of civilization alive. And the apes that are left don’t think there are any humans left and the humans don’t think there are any apes left and through a set of circumstances they meet up and it’s really about “Can the two communities exist together?”

I play one of the existing humans in the colony and I have some medical skills, although it’s not like I’m a big fancy doctor. Anyone who has any skill has now been … there’s no electricity, there’s no… so everyone uses every little bit of training that they have. And I’m sort of Jason Clarke’s girlfriend.”

I’m rooting for the whole cast, especially Keri Russell. I really liked Rise, I hope they make an even better sequel.

The Americans: Stunts and Pyrotechnics