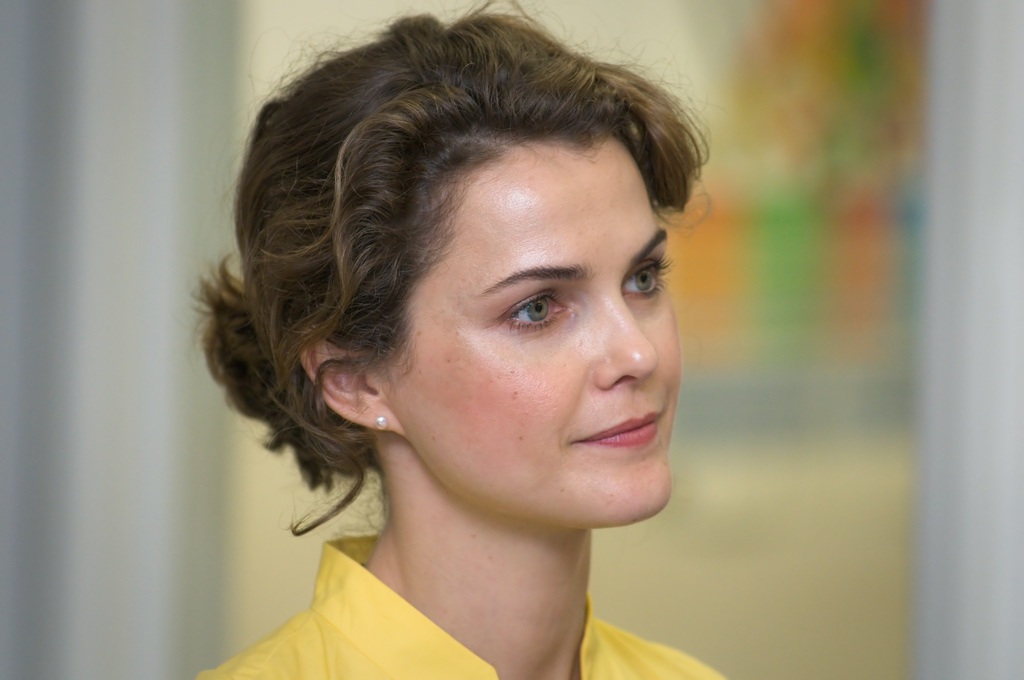 Season 2’s premiere episode showed us that Keri Russell is not playing games anymore. The episode started with a lot of sex and it shows Russell primarily in interesting sexual positions.  Aside from the welcome increase in graphic scenes, the show will be slightly deviating from its previous theme of marriage and focusing more on family relationships.

“If last year was a metaphor on marriage, this year is a metaphor on family,” she says. “Philip and Elizabeth start the season with a new kind of unified front with each other. Certainly Elizabeth hasn’t been engaged emotionally before, and I think she has decided this is where she wants to be.”

Russell said she enjoys her character right now. Aside from being a spy, she and Philip (Matthew Rhys) owns a tours and travels business (although this is not highlighted too much on the show) a wife, and a mom to their children Paige (Holly Turner) and Henry (Keidrich Sellati). Although the cast and the show runners (Joel Fields and Joe Weisberg) keep saying that the show will focus on family, it’s actually going to be more focused on Paige as the Jennings daughter is starting to snoop and invade her parents’ privacy.

“What’s fun about the show is that Elizabeth goes on all these spy missions, and then she’s in the car flipping out like a normal mom about something that her 14-year-old girl is doing,” says Russell.

The show is considered a period piece by many (although the show runners wish that wasn’t the case) which means that the FX hit show is going to tackle on what happened in history back in the 80s. However, Russell admits that she doesn’t know too many historical things about the era except for one cinematic aspect.

“I definitely remember the bad guys in all the films being either Russian or East German,” says Russell.

It’s very understandable why the37 year old mother of 2 can’t remember much of the 80s. She was 15 when she joined the Mickey Mouse Club back in the early 1990s. After some TV and Movie roles, her fame became widespread when Felicity came out in 1998. The fame appeared to be too big for her at that time. After the “Hair” incident, ratings dropped and the show ended after 4 seasons. She took a one year acting break which the actress says is very important to her.

“I had saved enough money to rent an apartment in New York,” she recounts. “I got to show up at my girlfriends’ birthday parties, got to go dancing and walk home in the snow. That saved me. I got interested in things, got to read books again and very slowly started working my way back to acting.”

Good thing she got back into acting! The Americans can be seen Wednesdays, 10 PM on FX.

Boeing Making Phone that Self Destructs