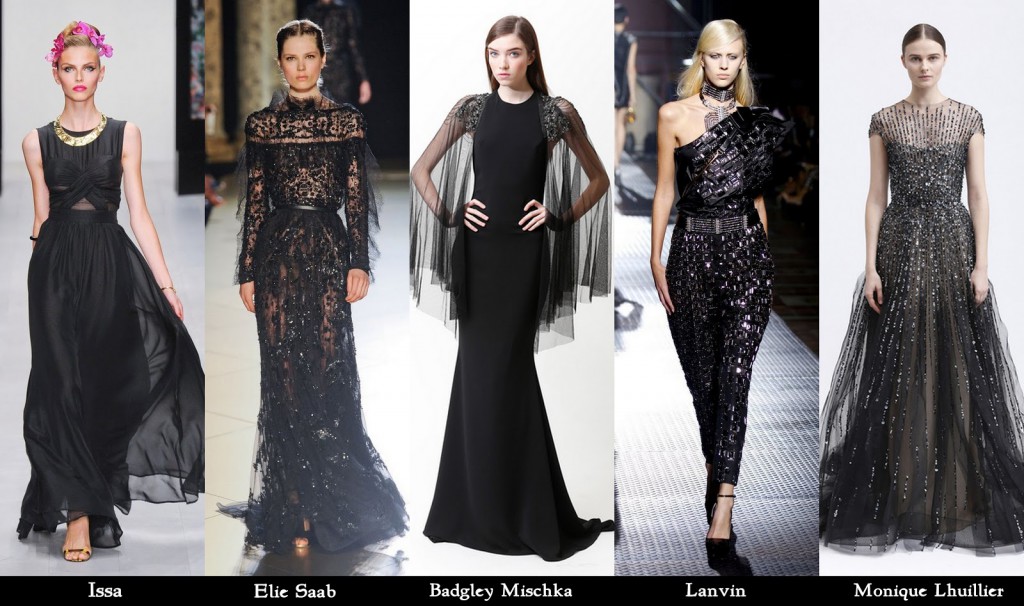 Alongside famous and elite designers, Monique Lhuiller ‘s designs graced not only the wedding  ceremonies of Hollywood stars over the course of the last decade but her creations continuously shine on the red carpet and other spectacular events.

The designer’s ready to wear collection is both feminine and modern and even a little bit sporty and it’s burning up the biggest red carpets this year.

One can never fail in black and white. The Americans notable spy Keri Russell showed up black, white and chic all over wearing a fine cut out top and flared skirt from the Resort 2015 collection. She paired it with Jacob & Co jewels to the premiere of Dawn of the Planet of the Apes at the Palace of Fine Arts Theater in Los Angeles.

Kristen Bell is a loyal Monique aficionado. The actress attended the 2nd annual Life Is Amazing Lexus Short Films Series at LA Live wearing a Monique Lhuillier Resort 2015 navy dress with a nude section featuring a congregated detail at the back. She accessorized the simple modish look with matching nude pumps and clutch from  Louboutin and Edie Parker. She also wore the label in a more vivid fashion, a Fall 2013 black floral lace high-low cocktail dress, at the Veronica Mars screening in New York City.

What best way to promote their superhero film “Guardians of the Galaxy” , Zoe Saldana surrounded by co-stars Vin Diesel, Dave Bautista and Chris Pratt, showed off her navy lace Monique Lhuillier Resort 2015 skirt, which she paired with a white lace wide-sleeved top for a portrait session in Burbank, California

Another on the list is the always enchanting Emmy Rossum. She attended the 4th Annual Critics’ Choice Television Awards held at the Beverly Hilton Hotel on June 19 turning heads in a bright magenta Resort 2015 one-shoulder gown with a pleated skirt and sheer panel, styled with Stuart Weitzman Nudist sandals and a pair of turquoise drop earrings. She also wore the luxe label at the 2014 Vanity Fair Oscar Party, hitting the bash in gorgeous long sleeve dress featuring a stepped hem, full skirt and beaded embellishments.

Eva Longoria was full on glam in a Monique Lhuillier Fall 2014 midnight-navy gown with a train and Martin Katz jewels at the Global Gift Gala on May 12 at The Four Seasons Hotel George V in Paris, France.