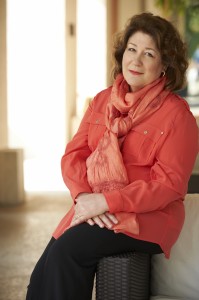 When you watch Claudia in The Americans, you can just tell that she knows what she is doing! The gracefully aging actor has had a roller coaster of a career. She has worked on numerous movies and TV shows and has managed to win our hearts on all occasions.

Margo Martindale is the youngest child and the only daughter to her parents. She lost one of her brothers who passed away in 2004. Margo’s acting career began in the 80s when she started doing theatre plays in Kentucky. Her Broadway debut was in 2004 with Cat on a Hot Tin Roof. She received a Tony Award nomination for her role as ‘Big Mama’ in the movie!

Margo Martindale has kept her consistency on television with various appearances apart from just The Americans. She appeared on popular TV shows such as in Dexter (2006-2008)as Camilla for 5 episodes, in Law & Order: Special Victims Unit (2006) as Rita Gabler in the episode: Cage, in Person of Interest (2012) as Barbara Russell in Season 2 Episode 2, in New Girl (2013) as Bonnie Miller in the episode: Chicago, in Justified (2011) as Mags Bennett for 10 episodes. Margo Martindale was nominated for four and won two awards (one Critics’ Choice Television Award and one Primetime Emmy Award) for her noteworthy performance in Justified.

But Margo’s more recent works are even more fascinating! The woman also appeared in movies like Million Dollar Baby (2004) as Earline Fitzgerald, Champions (2006) as Jeri, Rocket Science (2007) as Coach Lumbly, Hannah Montana: The Movie (2009) as Grandma Ruby, Orphan (2009) as Dr. Browning, Forged (2010) as Dianne, Secretariat (2010) as Miss Elizabeth Hamm and Bluebird (2012) as Crystal. If you are a fan of the remarkable Claudia in The Americans, just like us, don’t miss out on Margo Martindale’s latest Beautiful Creatures (2013) as Aunt Del and August: Osage County (2013) as Mattie Fae Aiken. 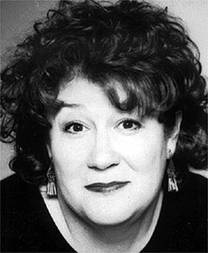 Margo Martindale won two nominations including a Tony Award nomination for best featured actress in her movie Cat on a Hot Tin Roof.

Margo did summer study in Harvard University with actors Jonathan Frakes and Christopher Reeve (a.k.a SuperMan).

In High School Margo Martindale, who also participated in drama and golf, was titled “Football Sweetheart” for her cheer-leading.

5 Ways To Watch The Americans For Free