Margo Martindale on Returning to The Americans 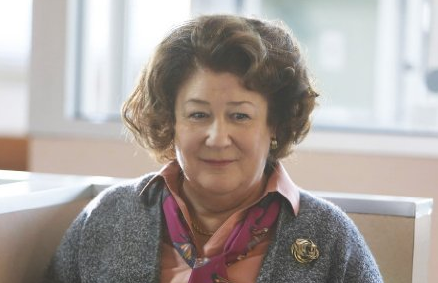 This year has been very good to Margo Martindale. She was cast as a recurring character in The Americans and has a new show on CBS The Millers alongside Will Arnett and Beau Bridges. Good for her and bad for us fans of The Americans because we will be seeing less of her in the hit FX show. The Millers has been picked up for a whole season and I truly support Margo and the amazing cast, but I really do wish that show gets cancelled.

Before you throw any hissy fits let me just explain myself for a while. Although I’ve said in the past that The Millers is worth checking out, I now regret to tell you that the show isn’t really good. The expectations were high for the show as it was led by My Name Is Earl and Raising Hope creator Greg Garcia. The cast is also full of talented actors, Arnett, Bridges, Jayma Mayes, actors who have acted in different shows that I love like Arrested Development, Masters of Sex, Pushing Daisies, The League, and other great shows.

But for some reason, the whole thing doesn’t work for me. Although the ratings are good enough to sign them up for a whole season, the quality of the show is poor. I’m not alone with this. IMDB rates it a 5.7 out of a 10. Rotten Tomato critics have it at 46%, while the audience has it at 25%. I’ve seen a couple of episodes and Margo is, of course, awesome. But she can’t carry everything on her shoulders. If the writing was better, I can watch it, but I was finding it really hard to laugh. The movie We’re The Millers has a higher rating than the TV show The Millers. Let that sink in for a while.

So while I’m really happy for Margo Martindale’s success on comedy and network TV, I, again, hope her sitcom gets cancelled and instead be a regular on The Americans. Together with Matthew Rhys, Keri Russell, Noah Emmerich, Susan Misner, Alison Wright, Annet Mahendru, and all of the supporting cast members, they make a fine ensemble. A group paired with great writing, directing, and cinematography, produced a critically acclaimed show.

Another bad thing about Margo having her own show on network is the possibility of having her character get killed. She already shot the episode this past Thanksgiving for The Americans and I hope it’s not a final exit episode for granny Claudia. When asked about the possibility for us to see more of her in The Americans she just gave a smile and said “let’s just say Claudia is returning.”

Now let’s over analyse this simple statement. That smile could mean you’re going to see lots of me and work really hard to shoot The Millers on weekdays and The Americans on the weekends, or the smile could also mean that all we’ll have is the one episode. But it definitely doesn’t mean we won’t see her on the future. They can bring her back on the third, fourth, fifth, sixth season, and the finale movie. After The Americans has blown up, won multiple awards, and has finally beaten Homeland as the best spy TV drama.