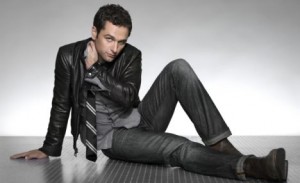 Matthew Rhys has impressed us with his spying talent in The Americans but he has much more in store for his fans than just the hard core KGB actions. The Welsh born and raised actor played several theatre performances, consisting greatly of Shakespeare plays. He even played Romeo in 2004 in a Romeo and Juliet theatre play. It’s worth watching the cold blooded killer spy perform in such a romantic role. Some of the other theatre performances by Matthew Rhys include, playing MacDuff in MacBeth(2004), Edmund in King Lear(2004), Benjamin Braddock in The Graduate(2000), Mog Edwards in Under Milk Wood(2003) and the play which lead to him getting his role in The Americans- Jimmy in Look Back in Anger(2012).

Matthew Rhys was casted in some movies. One of his earliest was a comedy movie called ‘Whatever Happened to Harold Smith?‘ (1999) where his character was named Ray Smith. Rhys worked in other TV shows, such as, The Mystery of Edwin Drood(2012) as John Jasper. Other works include, The Lost World(2001) as Edward Malone, The Abduction Club(2002) as James Strang, Shooters(2002) as Eddie, Love and Other Disasters(2006) as Peter Simon, The Edge of Love(2008) as Dylan Thomas, Patagonia(2010) as Mateo, The Mystery of Edwin Drood(2012) as John Jasper, The Scapegoat(2012) as John Standing/Johnny Spence and more. One of his most successful shows was Brothers & Sisters(2006-2011) where he played Kevin Walker, a gay brother, in 109 episodes.

Here’s a video of Matthew Rhys speaking of your favorite show:

Matthew Rhys is the first one to win the Lady Rothemore Award (an award given to an actor/director who has demonstrated dedication to youth and then awards a scholarship to a financially needy acting student). That is admirable!

Matthew Rhys was ranked the 22nd Sexiest Male in 2008 by Afterelton, which is a gay media website.

His last name is pronounced ‘Reese’.

Another Welshman, Ioan Gruffudd and Matthew Rhys lived in the same house for 10 years and are also considered to be best buddies. Must be a blast to share a crib with Mr. Fantastic! Rhys was also the best man at Ioan’s wedding!

In 2001, Matthew Rhys worked in Very Annie Mary with Rachel Griffiths, with whom he was reunited with in Brothers & Sisters.

Matthew Rhys would gladly give up his career to play international rugby for his country!