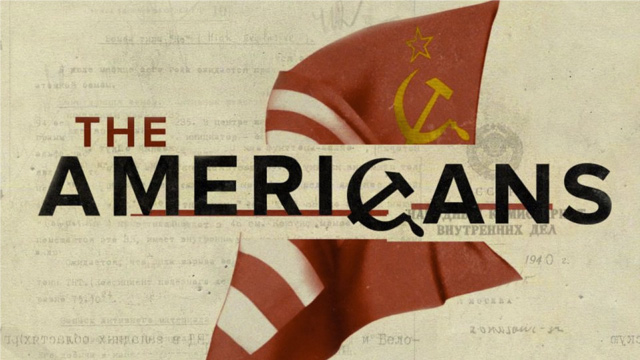 “Since Joe Weisberg isn’t here tonight, I can say that this show is actually based on his personal story,” says executive producer Joel Fields when he was asked about the basis for their FX hit television show The Americans which is about a couple of KGB spies posing as American parents in the Cold War during 1980s. They are based in the Nothern Virginia, Washington D.C. with their unsuspecting children. Joe Weisberg, the creator of the series used to be CIA officer. Having worked at the CIA before, it has helped him develop the storyline of the series by basing some plot lines on real life events and integrating some things he has been taught during his trainings. Joel Fields, along with the other cast members of the hit show Matthew Rhys, Noah Emmerich and Annet Mahendru were all present at Awardsline’s Monday night screening of The Americans season two finale “Echo.”

The show has already received two Emmy nominations in the past year. The Television Critics Association deemed The Americans for best drama and achievement in drama (Matthew Rhys) nominations. The Critics Choice Television Awards have also acclaimed it with a skid of above the line nominations including drama, actor-drama for Matthew Rhys, actress-drama for Keri Russell and supporting actress for Annet Mahendru.

Fields says The Americans has always been a show that is essentially about “identity and trust” with a storyline basically ensuing from the set-up of character and theme.

This season took off with a hit as a co-spy family that the Jennings knew, were repugnantly massacred in a hotel room. The sole survivor of this gruesome murder was their son. “We knew from day one that their son did it, but we didn’t think of that as a mystery that we were looking to hide from the audience. What we were interested in were what the characters in the show would know and how it would reflect on their psyche when they found out,” said Joel Fields.

One of the dramatic intricacies that spy couple Philip and Elizabeth Jennings (Matthew Rhys, Keri Russell) struggle through with is their commitment to the Soviet cause. Matthew Rhys reiterated, “For means of conflict you have these people who’ve been in a fake marriage for 20 years, carrying out this mandate and arriving in a place where they aren’t sure of who they are anymore. The division within this unity of one being a die hard member and Philip wavering as to where his allegiances lie, it makes for great drama. Then you add the espionage element. (For an actor) it comes about where the tone lands in a real place.”

The Americans ranked the utmost percentage Live+3 second season introduction increase for any FX show with 81% among adults 18-49 and obtained a 13-episode third season order. The show is also being televised in mother Russia, which according to Mehendru “is good” based on the translation. Rhys in good humor said, “They brought the show to Russia and put a laugh track on it.”