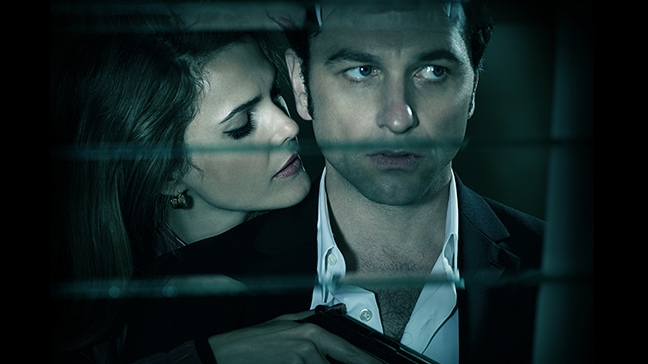 Spies posing as a married couple in FX’s The Americans has led to actual dating. It has been rumoured that American spies Keri Russell and Matthew Rhys not only spend a lot of time together during the production and promoting of the show but also on their free time as well. Matthew Rhys and Keri Russell have neither denied or admitted that they are seeing each other, but they need not to as they have already been spotted in public together on several occasions looking affectionate and looking very much like a couple.

Keri Russell and Matthew Rhys are the two main stars of the hit FX drama The Americans, and while they are able to maintain their identity a secret on the TV show, they are a bit more noticeable about it in real life.

Rumours of her dating her The Americans’co-star started coming out earlier this year, and the couple are now inseparable. The rumours sparked when they were seen shopping together for furniture at Brooklyn Heights, New York City.

When Matthew Rhys was asked about his association with Keri Russell, he did not mind being linked to her by saying: ”That’s the best [rumour] I love.”

On the show, the couple plays the roles of KGB spies who are hiding out in the United States during the Cold War era. They are in their best effort to keep their identity a secret. Their two children are unsuspecting.

The Americans has aired second season last February 26, 2014, and while they are casted as a married couple on the show, their jobs as spies frequently becomes an impediment, and can causes dilemmas as well. The first season became a big success having achieved the most watched show on FX network. Here is hoping that season two will have at least the same level of success as season one did.

Joe Weisberg, executive producer when asked about the casting for the show, stated that he had no clue on who to cast as the stars in the series before casting began. FX president John Landgraf had his eyes set on Keri Russell for the series. Leslie Feldman, the head of casting at DreamWorks, thought best that Matthew Rhys play the part and recommended him to Joe Weisberg.Keri Russell and Matthew Rhys had met previously met at a party several years ago, but were not fully introduced. Working hand in hand together has led them to get to know each other deeply thus, they got inclined to dating each other.

The 38-year-old actress Keri Russell confirmed her separation from husband Shane Deary after almost seven years of marriage in December. The former couple have a son River, 6, and a daughter Willa, 2. The actress’s representative told PEOPLE at the time, “The separation is amicable and their focus is on their children.” The actress married her contractor husband on Valentine’s Day in 2007, but they have not been seen much together in the previous years. News of this split came right after the incident of a break in at Keri Russell’s home in New York City. The burglars took some items from the household, but were ultimately caught.

Spy Spectacles for The US Defense Department