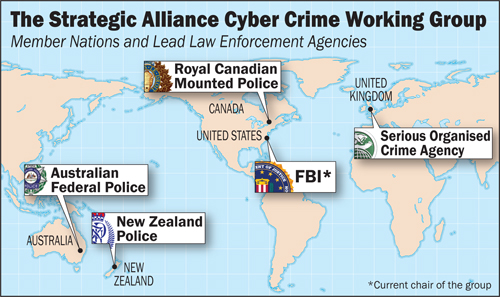 New Zealand was a former member of a global intelligence alliance known as the Five Eyes and just recently made a comeback after a 2-decade absence.

What is the Five Eyes

The Five Eyes which is also often abbreviated as FVEY, refer to an Anglophonic alliance comprising Australia, Canada, New Zealand, the United Kingdom and the United States. These countries are tied by the multilateral UKUSA Agreement, a treaty for joint cooperation in signals intelligence. The Five Eyes network was formed during WWII. As part of the alliance, the Five Eyes originally shared intelligence gathered by their spy agencies to monitor the Soviet Union and the Eastern community.

New Zealand was welcomed back to the Five Eyes network after a 10 year absence in 2009. Although the circumstances of the withdraw has not been mentioned, the spy organization has been criticized for intercepting massive amounts of data about ordinary people and keeping tabs on governments.

On the Reason of the Reintegration

The office of the US Director of National Intelligence (DNI) confirmed that New Zealand had been absent from the spy alliance for years, although it refrained from explaining the reason for its break from the Five Eyes. During New Zealander Prime Minister John Key’s visit to New York, DNI spokesman Brian Hale told that the reintegration happened in 2009 as it was perceived to be for the best interest of the country as well as the group at that time.

Spy turned whistleblower Edward Snowden revealed the alliance’s mass random monitoring of civilian communications across the globe by leaking classified NSA material. Snowden described the Five Eyes as an artifact of the post-WW2 era that has turned into a supranational intelligence organization that doesn’t answer to the laws of its own countries.

Snowden also said he was unaware of New Zealand’s reintegration into the group on 2009 when asked by press about the changes in the group.

He recalled, “I don’t think that’s right, but I remember there were some vague things. My understanding of it is that even through the challenging times of the relationship post the anti-nuclear legislation; New Zealand continued to be an active member of Five Eyes.”

Snowden’s spy revelations triggered widespread cynicism of the New Zealand government’s affiliation with the US. In a recent poll, it showed that over 70 percent of New Zealanders believes their information was being collected by the US. In addition, over 60 percent of people asked believe the US should have no right to do so.

Impact on the New Zealanders

The operations, the organization, and indeed, the existence of intelligence agencies in New Zealand has often been a source of controversy perhaps likewise with the CIA and the rest of the world’s spy agencies. While major political parties extend support to the current arrangements, there are also movements who seek to abolish the agency. New Zealand’s intelligence agencies, particularly the SIS, have sometimes been accused of inappropriate activities like violating individual rights. Another common allegation is that New Zealand has become a subordinate to his other partner agencies like the United States. The Green Party, an anti-spy agency movement describes the Government Communications Security Bureau as working “for the benefit of American and British interests rather than for the benefit of New Zealand” while the Anti-Bases Campaign calls them “simply outposts of American Intelligence”.