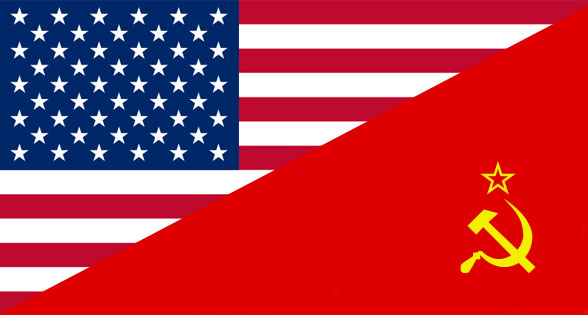 What counts as an American name? A testimony made by Glenn Greenwald and Murtaza Hussain at the Intercept, says that the NSA and FBI have “covertly monitored the emails of prominent Muslim-Americans,” and sites five of them. They are actual Americans. These are men like Nihad Awad, the executive director of the Council on American-Islamic Relations, and Hooshang Amirahmadi, a professor at Rutgers. There also appears a fake name that can be seen in another document mentioned in the Intercept piece, apparently in relations to NSA training. It is someone’s idea of a helpful illustration of a possible surveillance target: “Mohammed Raghead.”

Theses addresses were found by the intercept on a spreadsheet called “FISA Recap.” The title of the document suggests that NSA got warrants before it tracked and read emails connected to these addresses from Foreign Intelligence Surveillance Act court that operates in secret.

This issue brings out questions about the court and its standards. The NSA is supposed to spy on foreigners and not on actual US citizens and residents. The exception to this rule is that if there is sufficient evidence that these persons are involved in foreign terrorism acts. One of the headings in the said spreadsheet is “nationality.” An address belonging to Faisal Gill, a veteran of the Navy and Bush Administration, who has been a US citizen since childhood, his entry was for nationality was “unknown.” Out of the fifty five hundred and one entries in the spreadsheet, four hundred and eighty two were classified as “unknown.”

“Unknown” may sound vague or it may be just another word for thoughtless disregard for the privacy of the Americans. Through examinations, a cache has been found which contains half the files “contained names, e-mail addresses or other details that the NSA marked as belonging to U.S. citizens or residents.”  The NSA is supposed to be protecting Americans from harm instead of spying on them.

“Many other files, described as useless by the analysts but nonetheless retained, have a startlingly intimate, even voyeuristic quality,” according to the Post. “The daily lives of more than ten thousand account holders who were not targeted are catalogued and recorded nevertheless. Scores of pictures show infants and toddlers in bathtubs, on swings, sprawled on their backs and kissed by their mothers.”

The acts rendering Americans to scrutiny are unambiguously not supposed to comprise actions in relations to the First Amendment, like speech or advocacy, or say, running for office, which Faisal Gill was doing at the time he was spied on. He got the Republican nomination for a seat in Virginia’s legislature. A couple of the men have filed legal actions against the government or were involved with groups that did, or have been the attorneys for foreign governments in U.S. courts. Nihad Awad has been seen as controversial because of statements years ago, viewed as compassionate to Hamas. None of this, according to what we have been told fall under FISA’s extraordinary standards, is supposed to be sufficient to enable someone in the government go through the e-mails that people send at work, or to clients, or to someone they love. A motive for the standards is the despondent experience that the United States has had with domestic spying; some relevant names there are Martin Luther King, Jr., and J. Edgar Hoover.