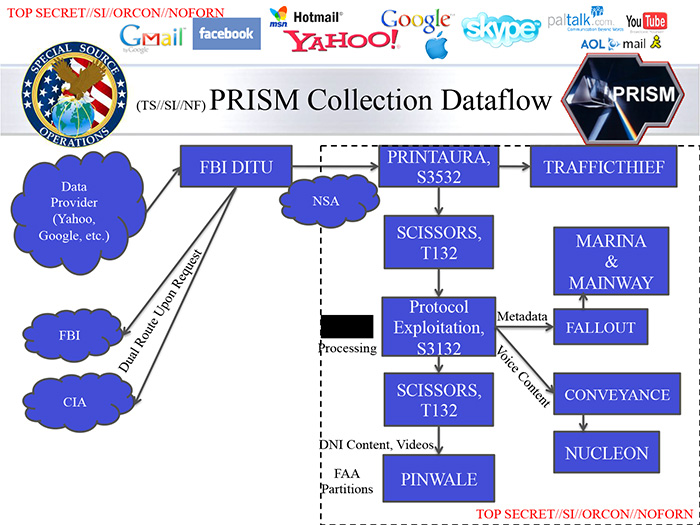 The most invasive and dominant spy tools in the United States’ electronic armory were being lined up for installation in New Zealand last year, according to a document obtained by the Herald. News have also circulated earlier that New Zealand has reintegrated into Five Eyes global spy network after a 2-decade absence.

An engineer visited a GCSB base near Blenheim in February 2013 to talk about setting up a “Special Source Operations” site. The SSO is the division of the United States’ National Security Agency which carries out cable tapping and has vast resources to dig around and capture massive amounts of internet content and electronic communication, including the PRISM system.

Disclosures of its powers were the most controversial of those made by NSA whistleblower Edward Snowden when he began revealing its capabilities last year. Use of the powerful tools has created diplomatic rifts and forced US president Barack Obama to talk of reigning in his electronic spies.

The GCSB has refused to say whether it went ahead with plans to install the SSO site. When asked directly about the engineer’s visit, said, “From time to time we discuss contemporary technology with partners, including where it may or may not be useful.”

The spokesman also repeated the bureau’s position saying “we don’t do mass surveillance and we don’t use partners to circumvent the law”.

The GCSB spokesman also pointed to a recent review of the bureau, which said New Zealand’s intelligence partnerships gave it “much greater and more valuable support, skill, technology and intelligence than would otherwise be available to it”.

A spokeswoman for the Prime Minister said there’s no cable tapping operation operating in New Zealand and there were no plans to introduce one considering the outrage of the citizens when the news about massive public surveillance came out.

She said New Zealand did not use the term “Special Source Operations” and made no comment about the other capabilities, which include accessing material through the Prism system or corporate partnerships with major telecommunications companies. She said the GCSB Act was changed to give the agency a clear legal framework and stronger oversight.

The document which reveals the spying was a General Accounting Office travel disclosure, in which NSA staff declares any travel costs not funded by the US taxpayer.

The papers give no indication as to whether the tools are being offered to NZ’s GCSB or whether they would be operated by NSA staff working in NZ.

Green Party leader Russel Norman said the technology used at an “SSO site” was the equivalent to establishing “a total surveillance state”.

He said the Prime Minister needed to tell Kiwis if the plan for a “future site” and if the powerful spying apparatus was now operating on New Zealand soil. He said the Prime Minister should also make clear it was an NSA site operating on NZ soil or whether it was the GCSB using US technology. “It’s extraordinary Key knew this was happening all through the whole debate around the GCSB legislation without making reference to it. At the same time, he was approving total surveillance of all internet and phone traffic in and out of New Zealand.”

The Americans Takes us Back to Cold War Spy Thrillers