Q&A On The Americans With Matthew Rhys 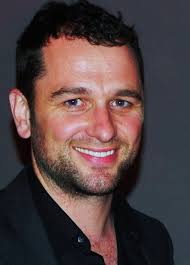 Matthew Rhys. Outside the demands of Phillip Jennings’s day job that consists of disguises and a fake marriage, he is much preoccupied with the season two of The Americans. His hands are also pretty full wuth his wife and daughter. In an interview, Matthew Rhys talks about the show and how it has affected his life.

When asked on how the creator and executive producer of the show prepared him for the role in The Americans, he says: “There was a number of different ways. Joe personally did some sort of counter surveillance work with us, which Keri Russell and I would be doing as intelligence gatherers.  We were already doing a lot of research and they left us to our devices.  I’m always weary about what research can bring to a performance unless it’s incredibly specific. The reading of dates and information — I don’t know how it necessarily translates into the in-the-moment acting. The more technical things we do: the dead-drop missions make a lot of sense to me.  The study of human nature serves you slightly better than the study of facts.  For Phillip, my way in regarding his capitalist leanings: I wanted a way in my own head to ground that, so I read up on the Soviet Union he would have grown up in during post WWII.  It was a place of intense of poverty.  I could understand where his appreciation for the finer things in life come into play.”

Upon asking if there is a moment in season two that further defines the character of Phillip just like in a scene in season one, Rhys answers: “One of the big key moments was when he reprimanded (his daughter) Paige (Holly Taylor) for lying. So many people griped, “Phillip is such a hypocrite” and I didn’t see it as hypocrisy at all. It made a great deal of sense to me: Phillip and Elizabeth were raised without choices in terms of their future.  They shoved into these roles (as spys) willingly without thinking about what they were doing. Living a life of deceit, especially to his children, kills Phillip.  The first whisps of Paige lying has this adverse effect on him because he doesn’t want her to be raised in a life of deceit. That was a defining moment. He doesn’t want his children to grow up like him because of the effects that those lies have.”

When asked about how he stumbled on this project, he explains: Leslee Feldman, the head of casting for DreamWorks, purely by chance saw me in Look Back In Anger.  It puzzles me what she saw in the performance that convinced her I could play Phillip.  She suggested to Joe to come see me in the play and then we had a meal afterwards and it went from there.

He was asked if there is a similar multilayered and emotional process between playing Jimmy Porter and Phillip Jennings, he answers: “Definitely for Phillip because he has to be on and off, particularly when he’s with (his FBI secretary/fake wife) Martha (Alison Wright). He has no choice to jump from one minute to the next. His life is a life of pretend. Those switches are well honed and trained in order to cover and also to convince the other person in front of you. With Jimmy, you do a see roller coaster of emotions that develop. He fluctuates wildly from one to the next because he is lost, and that’s where there might be a parallel: Seeing someone who can move from one (emotion) to the other with speed.”

When asked about getting into character on making of The Americans: “There’s a lot of flying by the skin of our teeth because of the maniacal speed that we shoot. Sometimes, you turn up knowing you don’t have time to rehearse. But that can turn against you when you arrive with ideals that don’t fit with what’s happening. So you have to be more flexible. On the flip side, you then become more adept at trusting your instincts, trusting who the character is. There’s no time for ‘Give me a moment” and coming out of your trailer.”

When asked why Phillip and Elizabeth don’t speak Russian to each other when they are alone, he explains: “The creative justification is because the producers heard Keri and I attempt Russian and said that will never happen again. They kindly inserted a line in the pilot, just before our characters are stepping into the U.S.  The commander-in-chief says “You must never speak Russian to each other ever again to keep your cover completely full proof.” Under the proviso that were the children to walk in, or overhear, Phillip and Elizabeth just need to keep up the cover, primarily at the beginning, to be more of a normal American cover and avoid the danger of being discovered.”

Upon discussion of sleeping around as being part of the couple’s job, he says: “There’s this incredibly unique relationship  that I haven’t seen before on TV. They pretend with this very high octane mandate. Then they have real feelings for each other. Then part of this is sleeping with other people. Where does their sexual life lie? Where does it fit? Because it’s been in a bizarre, weird place for so long. Then you try to bring normality into it, which is going to be affected by their official mandate. There’s a gray line and it’s incredibly messy, and to me that’s the most interesting as they try to define something that’s romantic, normal or tangible. They have to deal with elements that others with a normal life don’t have to.”

He was asked what type of offers has landed him because of his work in the show, he answers: “Oddly enough, it always amazes me, but I’ve had more espionage film offers.  I’m off this summer to do a World War II movie with director Christian Carion who made the Oscar-nominated film Joyeux Noel. I play a British commando trying to make his way to Dunkirk before the British army leaves. I’ve tried to shy away from the more espionage scripts.”

When he was asked what it meant or a British performer to having been nominated for an Emmy, he discusses:  “We grew up with American TV and it means an incredible amount to us; it’s this very exotic, far off thing. If we’re lucky to come to these shores and have a crack at it and gain a modicum of success, it’s that other level above an award at home, because it means you found your way into a nation’s DNA in a different way.  I’ve been asked about learning an American accent. The hardest thing about an American accent isn’t the sound. You can make the right sound, rather it’s the rhythm or something more indefinable than that. If you can convince people that you’re an American, it’s another feather to your cap. You’re convincing a nation that you’re one of theirs. It’s a great achievement.”