Rhys and The Problem with Pride and Prejudice 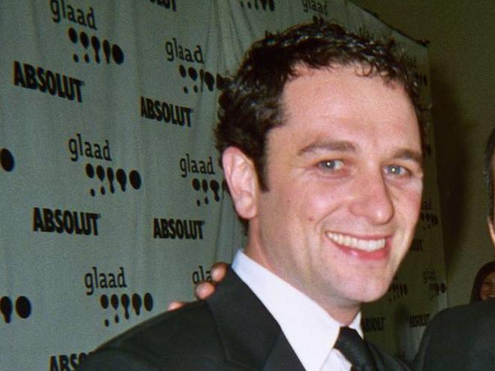 By this time you may now know that The American’s very own Matthew Rhys will be playing the role of Mr. Darcy in Death Comes to Pemberley. But this new venture has encountered a slight problem which concerns the cast and the director. They fear that the sequel of Jane Austen’s Pride and Prejudice will face backlash from ‘Austenites’ and their obsessive desire for purity.

A bit of information, Death Comes to Pemberley is an approved sequel of the novel Pride and Prejudice. The sequel is not written by Austen, but by P.D. James. It is set 6 years after the original novel and shows Mr. Darcy happily married Elizabeth Bennet.

The director of the special, Bafta winning director Daniel Parcival admitted that he had sleepless nights thinking about the might be reactions of Jane Austen fans.

“There were moments when I did worry about what the ‘Janeites’ would think about me toying with their favourite characters.” The director said. “There will be purists who believe it’s an abomination to dare do anything to Austen, but actually the world owns these characters and looks forward to seeing the story continue.”

The beautiful Anna Maxwell-Martin also had doubts about the casting: “The first week Matthew and I were slightly nervous that we had been miscast. We felt we were probably better suited for a biopic of The Krankies. Ultimately, it’s six years on so there are new things to explore in the characters. You can’t worry too much, some people will love it, some people will hate it.”

The special will be a murder-mystery kind of story that is not too complicated. The director fears that it will be easy for viewers to deduce the enigma: “In terms of a murder-mystery, you could write it in the back of your notebook. It’s not a fantastically complex novel, but it is a ­fantastically rich and complex character journey.”

Matthew Rhys also says that playing an iconic role can bring problems, especially if an Academy Award winning actor brought the character to life in a past incarnation. Colin Firth has been known for many roles but one of his steamiest scenes involved a river and a white shirt hugging his body. A lot of people, especially women, will look forward to Matthew Rhys creating a scene in the same vein.

Matthew Rhys had this to say about the whole debacle: “Playing an iconic literary hero is always a little problematic,” Mr. Rhys said. “My Mr Darcy will be more mature, a family man. I can wholeheartedly say I won’t be competing with Mr Firth by emerging from a lake in a dripping white shirt, because I don’t think anyone can top him.”

He also says that speaking in an English accent will be a cumbersome task: ““Strangely, I find an American accent easier than a posh English one, as I always feel a lot more fake,” Rhys said “I feel like I’m being Lord Snooty or that Harry Enfield character.”

I’m sure Matthew Rhys is just being modest. I strongly feel that he has the accent situation all figured out.