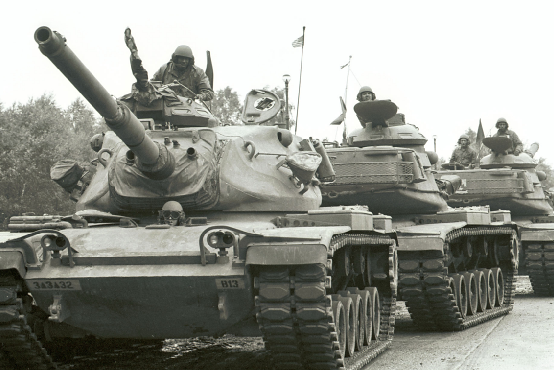 They say there are always two sides to a story. In Ukraine’s case, the sides represent Russia and the West. From Russia’s perspective, its neighbor, which is full of ethnic Russians, is in danger. They feel that a civil war is brewing and they need to step in and save as many lives as possible. From the side of the US and the EU, Ukraine is undergoing a political upheaval, in which it is beneficial that the current President step down and let reform take place.

The two sides clash and it has made everything worse. In an ideal world, there should be no invasion, no sanctions, just plain political talk. Russia should leave Crimea and Ukraine should hold an election to elect a new President.

But Putin wouldn’t take it. From his mind, standing down is a sign of weakness. The Russian president has long been challenging the West, and his invasion has just proven what lengths he will go to just to take his stand.

There are also other reasons why he’s doing these kinds of actions. One of the main theories is that he wants another Cold War. Another Cold War should be fruitless right? However, basing from history, Moscow was a big dog when they waged the old Cold War. It was a time when the Russian capital was on par with Washington. A time when they were feared, respected, and never dismissed. There is no need for an actual war because it’s expensive. When Russia (and China) realized that the real war is the accumulation of riches and influence, a real bloody war is not needed. A Cold War, on the other hand, is cheaper, and can increase Russia’s influence twofold.

And if you really look at it, Russia has played it smart all this time. Why does a country, after hosting the Winter Olympics, decide to invade Ukraine without the fear of military retaliation? Because America and the EU have no commitment to defend Ukraine. If it was China who was bullying Japan and the Awoken Giant sent ships to Japan’s shores, America would send their aircraft carriers in a moment’s notice. But in Ukraine’s case, its hope for military aid is close to zero. Ukraine is not a NATO member, which explains the US and EU’s lack of use of force.

What America is doing now, imposing sanctions and freezing assets, is a non-violent way of pressuring Russia. Although from a physical and military stand point, what Russia did was good, they cannot fully expect that their actions are not without consequence.  As mentioned, staging a war, no matter how small it is, is costly. Invading Ukraine will cost money, and with America’s economical pressuring, the costs will only get higher. Russia should realize that they should come up with a peaceful political solution to not completely severe their ties with the US and EU. However, from Putin’s mind, is that really a bad thing?

Would another Cold War be a really disastrous thing?

The Americans and Their Lack of Popularity