Season 4 of The Americans has been filming for a while now, and we are all anxiously anticipating the premiere on FX in March.

What do these titles tell us of the plot for season 4? Well, Glanders is an infectious disease that both the US and Russia have experimented with weaponizing. Glanders is resistant to many common antibiotics, which is why someone that had it may try to use stronger, more dangerous antibiotics like Chloramphenicol. 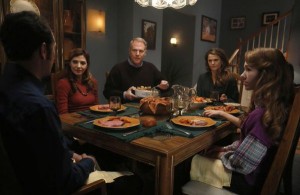 The episode “Pastor Tim” seems to indicate that Paige, and her religious affiliation is still causing turmoil with the Jennings family. I have always found this plot development fascinating. It has occurred to me, over the years, that kids rebel against their parents in an almost cyclical fashion. Adults who smoke have kids who despise smoking, who go on to have kids that smoke. So it makes sense that Godless Commies would have kids that would find religion as a way to rebel.

I haven’t heard any tale of The Americans season 4 shooting in anything in Florida, although Disney’s EPCOT Center theme park did open in late 1982 Which puts it in the right time frame for this season which I believe is taking place in 1983/1984.

The episode “Clarks Place” reveals that Phillips guise a Clark, and his “marriage” to Martha are still a plot point this season. Producer Joel Fields has tweeted images from the editing bay that seem to confirm this, however Alison Wright (who plays Martha) has been rather reserved with details on her twitter feed. 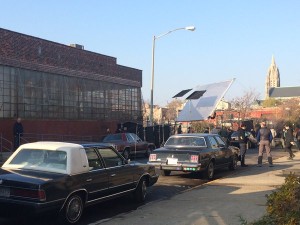 Annet Mahendru has been a bit more open about her character Nina, and The Americans season 4. In an interview with IGN when asked if Nina was coming back to the USA, Mahendru replied “It’s so cute that everyone thinks she’s coming back to America. Like, what is she going to do when she comes back?”. Continuing on about season 4, Mahendru said: “This season is the most powerful season for, I think, every single character on the show. Our writers are again just doing something so out-of-this-world. The story is really coming together in a way that I can’t even… It’s so exciting.” Noah Emmerich has also been tight lipped about The Americans Season 4 revealing on his twitter account only that he was still playing FBI agent Stan Beeman. Joel Fields has revealed that Emmerich will also be directing (at least) one episode this season… so maybe that has been keeping Emmerich to busy to update his twitter feed.

Back in the suit for season 4! Fasten your seat belts folks our writers are on fire… #TheAmericans pic.twitter.com/9nfgmBYq8M — Noah Emmerich (@NoahEmmerich) October 13, 2015

The Americans Season 4 teaser trailer that was released on December 8th is rather intriguing. It shows Keri Russells Elizabeth Jennings lit in the yellow and red colors of the soviet flag raising a silenced pistol as a technical glitch splits the screen to have Elizabeth point the weapon at her own back before pulling the trigger.

Is this a sign that The Americans Season 4 will bring us a story line where the Jennings make a mistake that inadvertently causes them to reveal themselves? Check the trailer below and let us know what you think in the comments section

Keri Russell And Mathew Rhys are Expecting: Will They Name the Baby Paige?