'The Americans' Matthew Rhys on Being Slapped by Keri Russell 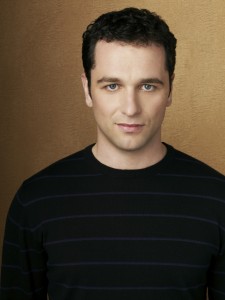 If you’re not already in love with Matthew Rhys’ character, Phillip, on The Americans FX– you will be after reading this.

Picture it. Matthew and Keri are performing a screen test for The Americans FX pilot. The two are acting out an argument in which Russel is instructed to slap Rhys. Think that first impression went south? Not a chance. The pair have been slapping each other ever since that screen test, making it a pre-shooting ritual.

Rhys tells The Huffington Post, “I think she’s taken it upon herself to become some sort of life motivator or acting coach or, as she bemoans, it sort of keeps me on my toes and to get into the character that I’m going to be playing,” he said.  “But certainly, without any warning, I do get a hefty one across the chopper before someone says, ‘Action.’”

Rhys fully admits that he’s not tough and macho, adding, There’s been a number of fights that I’ve messed up.My ego really takes the bashing…”

While playing a rough and tumble KGB agent may be challenging, reliving the ’80s is anything but. The set. The music. The clothes – all of it makes The Americans so red hot on FX. And, it’s what Rhys enjoys the most.

“I don’t say this lightly: I think that if you were to write a list of everything you wanted as an actor—playing a different character within the character, the spy aspect, the weight of the emotion with the relationship—it does have everything.  More often than not, the greatest part is just laughing at what Keri Russell looks like.”

The Americans has already been picked up for a second season.  It airs on FX, Wednesdays at 10 p.m.

Music of 'The Americans' FX - Quarterflash 'Harden My Heart'

The International Spy Museum will Blow Your Mind