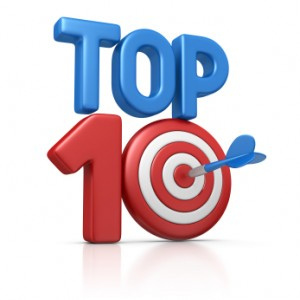 Metacritic.com has put The Americans on number 5 on their top ten list tied with Mad Men and The Good Wife. Vulture’s Matt Zoller Seitz has also included the critically acclaimed show from FX on their list. The New York Times, Time magazine, and TV guide has placed the spy thriller on number 8. While the Washington post has The Americans pegged at number 7.

The American Film Institute has named their top ten shows of the year and The Americans is again included. The full list is as follows:

Top ten lists are not really a 100% credible, but I’m just glad to see that my favorite shows are included, especially The Americans. If you think we’re pretty biased here then just look at the lists. From AFI’s top ten I should say kudos to Netflix for only presenting quality original programs, Arrested Development not included. HBO is always amazing year after year, AMC of course has the best year ever with Mad Men, Breaking Bad, and The Walking Dead (although not included in the list). ABC and CBS should also be proud of their shows because their competition is mostly cable. Showtime’s Masters of Sex is rightfully included in the top ten for being so original and daring; it has truly paid for the sins of the Dexter finale.

Although I’m happy with the lists, I wish comedy shows were included more. We get it, sitcoms are taken less seriously, but some comedy shows are really well written, and even more entertaining than some drama shows (cough, Mad Men, cough). Arrested Development and Brooklyn Nine Nine really did well this year. Community, one of my favorite shows, is arguably much better than most shows on TV, but its inconsistency has outshined its best episodes, the whole scuffle with the show runner Dan Harmon and Chevy Chase also didn’t help, but I really hope they do well next year.

Anyway, it’s been a totally good year for TV. I hope 2014 brings us bigger and better shows. But I know that you already know that next year will be good because we will see The Americans on February and some great shows continuing on from their mid-season break. I just hope that next year’s TV will have less Miley Cyrus.