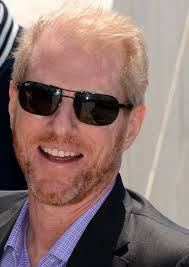 Fx’s Hit Show The Americans, set during the Reagan administration, is the story of 2 Soviet KGB officers living in the suburbs with their unsuspecting kids. Their neighbor is an FBI counterintelligence agent named Stan Beeman (played by Noah Emmerich). Although his character is far from mere innocent play as his path crossed with triple agent/ (Agent Beeman’s) Soviet mole Nina Sergeevna’s course, viewers expect a whirlwind of drama, action, sex, spying and of course plot woes.

The Beeman character had viewers questioning his loyalty to his country  particularly the last episodes of the season. The finale gave a pint of reassurance that his country comes first in his eyes but evidently found himself in a desperate position while struggling with a confused state over the course of the 13 episodes. “He’s very isolated,” Emmerich said contemplating on his character. The closest person he has to a companion is a Russian spy that he’s turned and has fallen in love with, Nina. If that’s your closest confidant, then something’s wrong. There’s no one to trust except for his wife Sandra. And as you’ve noticed their relationship has turned into a deep cold abyss, even fighting would mean nothing anymore.

When spying is the name of the game, lies and betrayal are the weapons on play, sometimes disguising too. And what better way to hide your true identity, than to wear a wig, a pink one.

The show’s creator, Joe Weisberg who had spent time training as a CIA officer in the 1990’s, gave the cast a training session coaching them counter-surveillance measures and how to trail someone without being seen. Won’t that be exciting to try in real life? Obviously, Emmerich thought so.

“It’s so much fun. I only have one restraining order so far,” he spilled. Emmerich said he looks at everyday goings-on with a different set of eyes now that he’s spent so much time on the spy drama. “It definitely changes your perception of the world living inside that paranoid point of view,” he added.

Turns out Noah Emmerich, who plays the morally tormented FBI spy hunter likes to trail people in his spare time, well this applies in real life as well. The actor dropped by the Los Angeles Times on Monday to discuss his Season 2 stand on the spy drama, and in that time we learned just how Emmerich makes those I’m-following-you scenes look so darn realistic. He’s practiced it while walking the streets of New York, like home.

Recalling how he quoted, “That’s the weirdest thing about television for me is that you’re getting feedback in the middle of the work.”  Emmerich talked more about the difficulty in getting through those scenes with his character’s wife, the music artist he’d like to see featured on the show and how he’s envious to try on the wig of his co stars, so the remedy, he tried it on, the pink one!