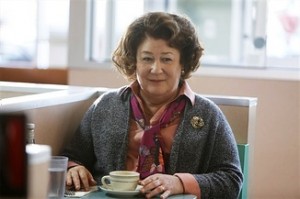 It’s evident from The Americans review, the show is not losing steam. Episode 3 – ‘Gregory’- did not disappoint this week as the show opened up two new cans of worms:

Here’s an elaboration of what went down in the episode 3 from Keven Yeoman at Screenrant.

Despite his propensity for fisticuffs, Philip’s been perceived as the more malleable of the Jennings; he considered Rob a friend – which, in this business, is like loving the wife the Russian government set you up with – and now he’s obliged to see that Joyce and Oscar have something resembling a future, even if it is in Cuba. Gregory wants to kill her, dump her body and be done with it, but after getting an earful of how Philip should let Elizabeth “go,” he’s not about to let Gregory get his hands on someone else’s wife – real or otherwise. Complicating matters further, Rob had been working a contact who supposedly has the plans for the proposed missile shield, and “Granny,” as Philip’s taken to calling Martindale, wants to see that loose end tied up before anything is settled as far as Joyce is concerned.

But regardless of what Philip does, there’s no getting out; it doesn’t matter if someone knows as much as former trunk dweller Timoshev or as little as Joyce – not when major assets of Directorate S are involved. Elizabeth and Philip wave goodbye to Joyce and her infant child, as Martindale assumes her most potent of grandmotherly voices, gently assuring a terrified and confused woman that everything is going to be all right before ominously slamming the door of a windowless van after Joyce has gingerly stepped inside.

Did you miss the episode? Watch the promo below, then caught caught up by following this link to watch the full episode of The Americans online.

'The Americans' Renewed For Season 2