The Americans Season 1 Episode 11- Covert War: No, the War Isn’t So Cold Anymore 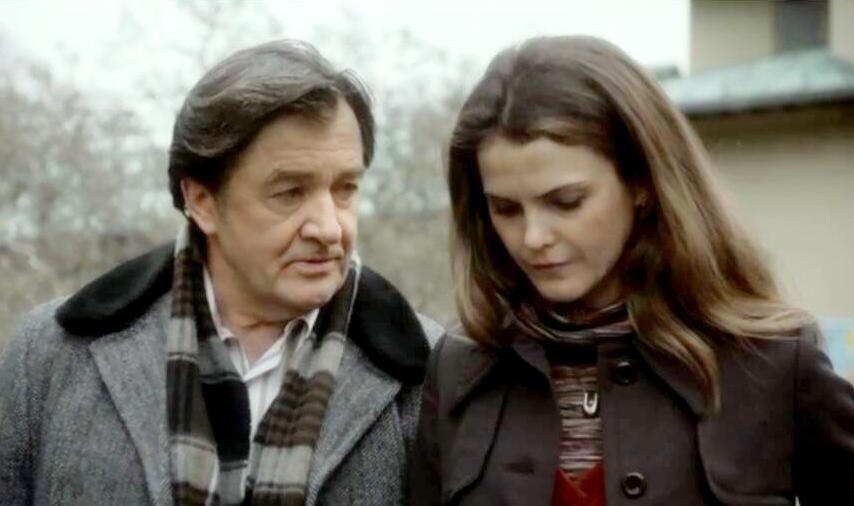 For those who haven’t watched The Americans Season 1 Episode 11 already, a major “Spoiler Alert”!!

This, for me, was an episode worth watching. The Americans Season 1 Episode 11 will bring you a pinch bit closer to the character of Elizabeth, as she sets her emotions free. You’ll get an insight of this rough and tough lady as she loses a dear one and finds herself at a vulnerable spot in life. To get to see this side of Elizabeth, the side we thought never existed, was a treat indeed!

There were a number of other important revelations too. But I won’t get ahead of myself. Allow me to walk you through The Americans Season 1 Episode 11, one step at a time.

The Murder Of One: At the beginning of The Americans Season 1 Episode 11 we see a CIA agent saying-“They kill us, we kill them”, and meaning it as we soon discover their plan of killing the roots of the Soviet Union, three of the most high level KGB officers. The next thing you know, we are witnessing the death of General Victor Zhukov. The old man puts up a fair fight for survival but, sadly enough, doesn’t make it. Unaware of this fact, at that very moment, Elizabeth hits the club with Sandra on a girls’ night out. But Elizabeth soon learns about the General’s decease from Claudia. The devastated look on Elizabeth’s face could not be missed! She demands to know the name of the agent who was behind this assassination. Claudia names Richard Patterson, director of Operations and Planning for the Soviet Union. Elizabeth wants him dead but Claudia disapproves of it, telling her that those are not the orders. 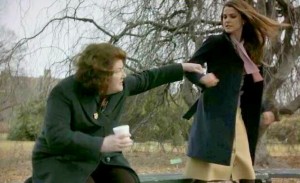 That is when the two ladies had a little hustle. Claudia, however added that Victor Zhukov was a great man and she knew what he meant to Elizabeth. Elizabeth, being overly affectionate of late General, was not thinking logic at that point and left the place in killer mode. She reveals the news of Zhukov’s death to her husband, Philip, who is startled by it but when he learns of his wife’s intentions, he wasn’t supportive, at first. However, he failed to talk her out of it. Elizabeth was determined and nothing was going to stop her, or so it seemed at that moment.

The Abduction: So, Philip and Elizabeth move on to their mission of taking down Richard Patterson. Elizabeth knew her enemy’s weakness for women and planned on using it against him. Elizabeth manages to lure him by her charm which leads to Patterson following her into the bathroom stall. In between their super sensual  make-out, Elizabeth takes a syringe out of her purse and attempts to drug him but fails. However, after quite a fight, she knocks him off! It was surprisingly delightful to watch such a skinny little thing take a guy twice her size. 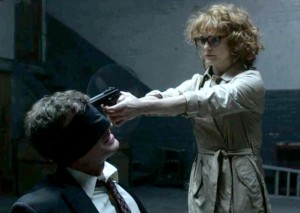 They end up taking him to a warehouse. The death of the CIA officer seems inevitable but the unexpected happens when Patterson tells Elizabeth that she is nothing but a robo-killer who has no emotions and doesn’t know how to love anyone. By the look on her face, it seems as though she had been unpredictably attacked by this blind-folded, tied up man and at a point she starts trembling! Richard tells her that Zhukov dying wasn’t his fault as he was only giving orders that were given to him. After a heated moment between Richard and Elizabeth, she decides not to kill him. The decision of letting Richard go might be a based on the comment he made about him not being at fault here, as he was only pursuing orders. On the other hand, the cause might be entirely different. Elizabeth probably realised that the blind-folded man had seen right through her. He told her that she could love no one, that she has no heart and no soul and that she cared about no one. This might have been the cause of her freak out. 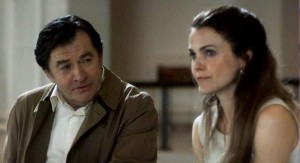 At the Core of Elizabeth: Light was shed on Elizabeth’s touchy-sensitive side in The Americans Season 1 Episode 11. Flashbacks of the conversations, between her and Victor Zhukov, revealed a lot about Elizabeth’s feelings. Back in 1964 was the first flashback. Zhukov had noticed that Elizabeth was unhappy and was probably the only one to observe it. Elizabeth was upset about being with Philip. Zhukov was the best friend Elizabeth never had which is why the death of the old man left her so devastated. In the second flashback in 1971, Elizabeth was pregnant with Henry. Zhukov was the first one she had revealed the news to. She also told Zhukov that she was considering an abortion! This tells us that she had been immensely unsure of her marriage since a very long time. Victor, in 1964, had told her that love was a puzzling feeling and that if you took care of something for long enough then you will realize, at some point, that you love them. They will become a part of your lives; a part you cannot live without. This is directly proportionate to Elizabeth’s life at this moment. She has recently suffered the loss of a loved one, Gregory, and her marriage is also at stake. She suddenly comes to realize that, even though her marriage was an arranged one and she thought that she probably could never get herself to love Philip, she had spent so many years of her life with this man that her existence did indeed have a hole in it which only her husband could fill.

The Jennings:  When Philip brought Paige and Henry to the hotel room, he realized that it wasn’t a place suitable for the kids. When Elizabeth came by for a visit, he let her know that he was about to move out of there. For a moment there Elizabeth, along with me and many others, thought and hoped that he was going to move back to the Jennings’ family house but disappointing all of us, Philip revealed that he was about to move to an apartment. What a letdown! From the final flashback in 1976, we see that Zhukov had told Elizabeth that she was chosen for the mission because of her fear of surrendering. This is probably why she wouldn’t approach to Philip and ask him to move back to their home. It was also evident by Victor’s conversation with Elizabeth that he regretted living for his work. Sadly, Elizabeth is going in the same direction and probably has started to realize it already. 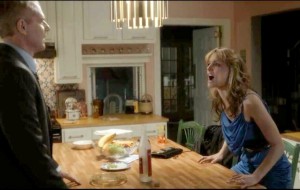 The Disclosure: While all of this was happening, the Beeman were not sitting idle either. It seemed that Stan had been spending time with Nina after office hours. Sandra had called her son and Stan’s office to discover that he wasn’t in either of those places. She was now certain that her husband was cheating on her. When she confronted him, her doubts became more concrete as Stan never distinctly denied the accusation! The scene ends with Sandra storming out of the house. Later in this episode, Stan meets Nina and tells her that his wife had found out about their affair. Then, instead of letting Nina go, Stan shares a romantic evening with her.

I believe this more or less sums The Americans Season 1 Episode 11. Aside from all this, there was a scene where Philip goes to meet Alison and is highly disappointed to discover that she had her parents waiting to meet Philip. This might be the cause of trouble for Philip, disguised as Clark later in the show, though; Alison assures him that she has told them nothing about his work.

In the end of The Americans Season 1 Episode 11, Elizabeth meets Claudia and lets out that she thinks Claudia wanted her to kill Patterson and disappoints Granny by revealing that Elizabeth did not do it. To this Claudia replies that she loved Zhukov which is why she wanted revenge. But Elizabeth refuses to believe her and thinks that Claudia wanted Elizabeth to do something stupid and be shipped off to Moscow because Claudia is jealous of her. Claudia in her reply says that Elizabeth has a lot left to learn. The truthfulness of Claudia’s relationship with Zhukov is however, left unverified.

Quotes from The Americans Season 1 Episode 11:

'THE AMERICANS' REVIEW: EPISODE 4 'IN CONTROL'