The Americans Season 1 Episode 9: Safe House- The Split and The Stab

The Americans Season 1 Episode 9 was one of those episodes that, by the time it ends, makes you want to scream out at the top of your voice, ‘WHY?! That was not supposed to happen! WHY THE …!!?!’ The Americans Season 1 Episode 9 is a combination of the split of one of the couples, the accidental stab leading to a greater misery and the deplorable death of the unexpected. This was one out of the many episodes of the show which made me want to cry and shout and throw the remote at the TV all at once. Let’s get to what made me feel so tempestuous, but before we do, “Spoiler Alert!” 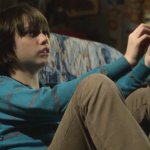 The Americans Season 1 Episode 9 begins with the Jennings pair dropping the separation bomb on their children. As we have seen in the earlier episode, Philip cheats on Elizabeth just when she is attempting to make things right between them. Elizabeth cannot swallow the fact that Philip would be the cheating husband while she was being the loyal wife. She decided break it off and even though Philip requested to start over, Elizabeth refused and set him off to a hotel. They told their children that they were fighting too much and needed a break from one another; in Philip’s words, they were ‘hitting the pause button’. The children took it pretty hard. While Paige was outraged, Henry was quite devastated, looking as though he had lost his best friend. It wasn’t a pretty picture to watch the innocents suffer because of the parental issues. So, nevertheless, Philip leaves the house, against the will of the children who start behaving too rough with their mother. Paige thinks Elizabeth gives Philip a rough time and is responsible for the split.

Even after the, I’m guessing temporary separation, the Jennings couple attend a party at the Beeman. At the party Sandra told Elizabeth that she saw Philip leave late at night. We learn of the FBI’s mission to take down Arkady as revenge against them due to what they did with the American scientist and three of their men. Stan seems to have cold feet, as his accomplice’s life is hanging in the bargain.

After the party, Philip meets up with Martha and after spending the night with her, Martha rewards Philip with inside information. She revealed that the FBI was planning to kill a KGB agent but she didn’t know any names. When Philip leaves Martha’s place, he encounters with Agent Amador, who seems to have been stalking Martha. Being the jealous ex doesn’t pay well for this federal agent. Chris Amador suspects Philip or may be is jealous enough to ask him to go down town with Chris. Philip makes some quick snappy moves and the next thing you know Amador is stabbed with his own pocket knife. Philip and Elizabeth try to keep the agent alive with the little they are capable of doing even though they knew that the agent needed emergency medical attention.

Stan realizes that Amador is missing and starts looking around. It doesn’t take him long to figure out that the KGB were behind Amador’s disappearance. Meanwhile, the FBI was plotting on kidnapping Arkady from his jogging route. If you are a KGB lover, you’ll be relieved to know that Arkady couldn’t make the run as he had burnt his hand which needed grafting. But what happens next is absolutely atrocious! Vlad goes to the run down the same route the FBI was covering and even though the mission was supposed to be aborted as per the orders, Stan took it to a personal level and caught Vlad to get information about Amador. 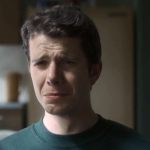 Stan interrogated him and the poor Vlad looked so scared, almost like a frightened little kid! You can’t not feel sorry for the guy. Broke my heart to see him in such a position, especially, as he had nothing to do with Amador’s abduction and that’s exactly what he told the vengeful Stan but he won’t listen. Stan calls Arkady and offers Vlad in return of Amador.

In the meantime, Amador dies on Philip and Elizabeth’s watch before they can complete investigation. They dump his body for the FBI to find it and Stan is quite obviously furious which leads him to do what he did next. He grabs a couple of burgers and gives one to Vlad. And then, while he’s having his last meal, Stan shoots him, at the back of his head! That ruthless mean… I was fuming with rage and could have killed Stan if he were in front of me at that very moment! In The Americans Season 1 Episode 9 we again see that another innocent falls while the guilty ones live on.

Quotes from The Americans Season 1 Episode 9: