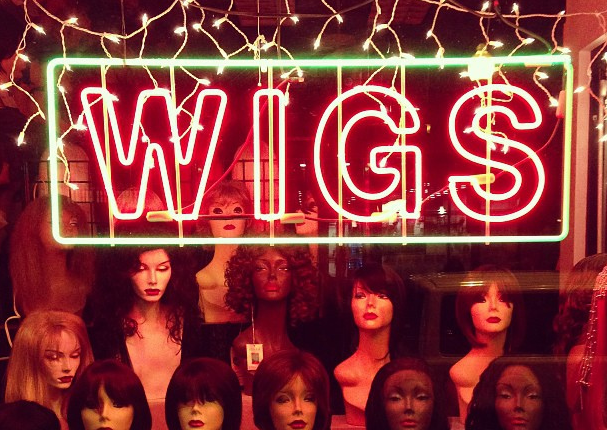 The wigs on The Americans have created their own following. Loyal viewers of the show watch week after week to follow up on the drama, but they also watch out what new wig Philip and Elizabeth will be wearing on their new missions.

However, according to co-show runner Joel Fields and creator Joe Weisberg, if they could change one wig on the show, it would be the most famous one, which is Clark.

“I think if we could do it over, maybe Clark wouldn’t have a wig,” Weisberg told The Wire. “Let’s put it this way, the Clark part of the story as we discuss all the time is based on real intelligence operations where real KGB illegals married secretaries and I’m sure they did not wear wigs.”

“I can tell you it is addressed this season. I figured Philip and Elizabeth are experts in everything they do, right? They’re very good at their jobs, so the wig would stay firmly in place.” Wright says.

The executive producers and the cast won’t exactly give specifics, but they shed some light on the show’s wigged out ways.

First, Joe Weisberg, an actual former CIA officer, knew something about disguises. He confirmed that CIA wig technology and TV wigs are just the same. “I wasn’t that surprised by that,” Weisberg said. “I’d only worked with one or two people in the disguise department of the CIA, but they had actually worked previously in Hollywood. It’s the same skill set.”

Peg Schierholz admitted that she takes inspiration from old magazines and a book of disguises from a secret East German police from the 80’s. “They would have applied the wigs basically they same way I do, and frankly some of the materials that I use are things that have been around forever,” she said. “There are these comb clips and toupee clips that I use on Clark that have been around since the 50s, I think. Those, at this point, I have to order from Germany, but those were all over Europe at the time. Hair pins, bobby pins, the glue—spirit gum—that’s been around for decades. The actual materials and the way the wigs are made is the same basically. So all of that is totally plausible.”

She also answered how Clark’s wig stays on so well. “Clark could take a shower in this wig, he could go swimming in this wig, he could hop on a motorcycle and go,” she said. “I think given the situation Clark knows he’s going into this house with Martha, and it’s going to be intimate, so he’s going to put it on carefully.” To get the Clark wig on, she makes “tiny little pony tails” out of Matthew Rhys’ hair using dog grooming elastics. “That just gives me something that’s stuck to his hair that I can pin the wig into and it really holds it very very well,” she said.

Obama Says There is no New Cold War