The Americans TV show: Who died?

In The Americans, there were certain deaths that struck us unexpectedly. Some characters had great potential and we were expecting more out of these talented people. This article comprises of the characters I thought could have stayed with us longer or just had a plain sad termination. Now since the first season of The Americans is up, let’s just show our respects to the (on-screen) deceased. 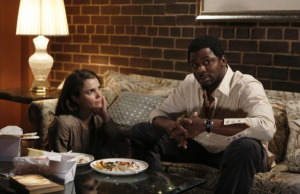 Gregory: Needless to say that Gregory’s death was sad and heartbreaking for both us and Elizabeth. The role of Gregory was beautifully played by Derek Luke. Gregory was the was a passionate character and for a change it was interesting to watch a non-Russian work against USA. Gregory’s betrayal to his nation brought a whole new dimension to the show’s story-line, which sadly, was not continued for long. Our questions about how he felt about the spying and why he even got in this mess, were left unanswered. Although provided his love interests towards Elizabeth, it’s safe to say that most of his actions were passion driven, in fact, so was his decision to end his life. With Gregory’s death, died a little part of Elizabeth which loved the guy. But the silver lining, a possible future between Elizabeth and Philip rose over the ashes. Gregory appeared in- Gregory(Episode 3) and Trust Me(Episode 6) before eventually dying in: Only You(Episode 10).

As for Derek Luke, if you miss the man too much then go ahead and watch Baggage Claim (2013) where he has played William Wright. Another movie he has been up to lately is Second Sight (2013) where Derek appeared as Det. Paul Giroux and we recommend you to watch it as soon as it’s up for grabs! 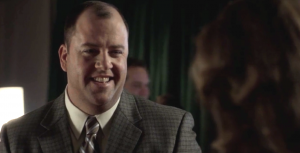 The Assassin: There is not much to say about this man but the reason he made this list was because of the extraordinary character played by him. I’ve actually become a fan of Chris Sullivan,who played the assassin in Mutually Assured Destruction (Episode 8); due to his cold and subtle assassin features, I was mesmerized for a a while. The man had more potential than required for a guest appearance! The intensity he brought to the role with his mere accent and mysterious smile, was incomparable. All in all I would have loved to have him on the show for much longer than a single episode! Well, if you wish to get more of him, do watch Animal Rescue (I know I will) in 2014, where Chris plays the role of Jimmy. 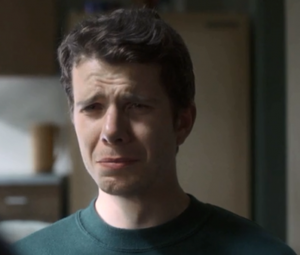 Vlad: This, according to me, was one of the most lamentable death on television! I seriously can’t emphasize enough how dissatisfied I was I was to see this innocent man fall! The character portrayed an innocent man, who had nothing to do with the intelligence strategies, falling victim to the war situation. This was, however, a typical scenario for on-going war countries. Hard as it may be to admit, an uncountable number of people are penalized only by being in the wrong place at the wrong time. Vitaly Benko, who played Vlad in The Americans, is indeed another brilliant actor. Putting aside the tragedy of the role, Vitaly’s performance in his death scene was marvelous. The reason behind the woeful scene was the representation of the character in such an ingenuous and vulnerable way by Vitaly. The scene was definitely well written and performed to serve its purpose. 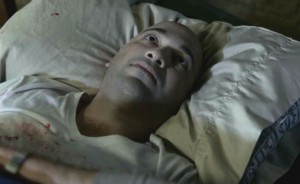 Chris Amador: Chris’ death was more painful than any others! The poor guy wasn’t granted enough morphine in time and died a sad death. He was a fun dynamic character on the show and his enthusiasm was hard to over look. Besides, he was the only person capable of getting Stan out of the robot-zone and make him be his human self. With the loss of Chris, Stan lost his only friend. Chris’ decease was, however,  justified as it made Stan more true to the cause making the mission to take down the Russians his personal business.

Chris Amador was being played by Maximiliano Hernandez who worked has appeared in several movies and television shows previously.  If you don’t know this yet, Maximiliano has played Agent Sitwell in Thor (2010), Marvel One-Shot: The Consultant (2011), The Avengers (2012), Marvel One-Shot: Item 47 (2012) and in Captain America: The Winter Soldier which will be available in 2014. Don’t miss it!
Previous