The Man behind The Americans 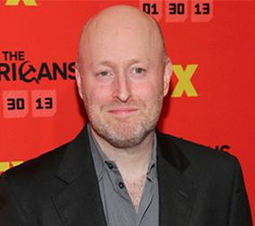 Joseph “Joe” Weisberg is the creator of ‘The Americans’. A novelist who has written two novels, one of them “Ordinary Spy” was based on his previous work with the C.I.A.

Working for the C.I.A. wasn’t a cake walk. We all know the danger involved in this kind of work. National security, espionage, infiltration, disguises, all of it laced with a hint of peril. What we overlook most of the time is that people who work for this agency have to lie all the time. Sure, it may be simple for some people, heck, lying is natural to humans. But for Joe, lying to the ones he loved wasn’t easy.

“It was painful. Fundamentally, lies were at the core of the relationships. I lied to all my friends and most of the people in my family. I lied every day. I told 20 lies a day and I got used to it. It was hard for about two weeks. Then it got easy. I watched it happen to all of us.” – Joe Weisberg

Even though Joe’s experience was dark and complicated, it was put into good use when he created the critically acclaimed FX show ‘The Americans’. This show incorporates lying on every episode, just like how Joe described his life under the C.I.A.

Although this show is very entertaining and fun, it still doesn’t hide the fact that sleeper agents are still out there. The Illegals Program, a term used by the US Department of Justice was a group of Russian spies that were apprehended back in 2010. This, along with Mr. Weisberg’s experiences and his taste for big hair and polyester clothes, was the basis and inspiration for the show.

The show could’ve been stirred into a darker direction, well darker than it is now. We could’ve seen more kidnappings, killings, explosions, and assassinations. But the show is about a marriage, a family. The relationship cultivated by the characters is the light that counters the darkness. Just look at Phillip and Elizabeth. They hide their secrets and experiences, but they are a family that values one another. Even though they kill people and steal intelligence, they still have the ability to love, and that is what Mr. Weisberg understands, and wants to present.

Joe isn’t just the creator, head writer, and executive producer. He also teaches the actors lessons on counter surveillance. If anything about spies needs to be authenticated, Joe is the go to guy, who better to ask than the former C.I.A. agent, right?

What Exactly is A Sleeper Agent?