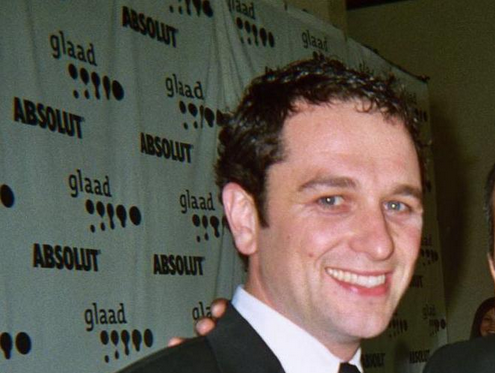 Matthew Rhys thinks of Margaret Thatcher during his love making scenes. It’s true! The Welsh actor admitted that he thinks of the late Prime Minister during his sex scenes so he doesn’t get too excited.

‘Sex scenes? I have been in quite a few,’ says ‘The Americans’ star.

‘The thought of Margaret Thatcher usually does it for me, in terms of never getting excited.’

I guess celebrities still try to keep it in their pants or whatever it is that covers their private parts during love scenes. Thinking about Mrs. Thatcher is a really helpful technique as Mr. Rhys has used it in one of his previous movies.

‘Mrs Thatcher played an integral part in that scene.’

“…Firstly, the actor Matthew Rhys – friend of Panoramic Journeys – has written an article for Elle Magazine about the journey he took with us to Mongolia. It makes for entertaining and informative reading – we are very sorry about your shoulder Matthew! To find out more about his incredible journey – and his wrestling injury – check out the October edition.”

First of all, Matthew Rhys went to Mongolia? And 2nd of all, he has an injury? How is that injury going to affect his role in ‘The Americans?’

And last but not the least, actor Michael Sheen, star of the new AMC drama ‘Masters of Sex’ commented about the brotherhood of Welsh actors in Hollywood.

The Damian Lewis and Christian Bale burn wasn’t too friendly wasn’t it? But at least Matthew Rhys made it to the club, or the non-existing club, or is it circle of friends? Anyway, there you have it, everything that happened with Matthew Rhys for the past week. We will see more of Mr. Rhys in the 2nd season of ‘The Americans’ which are filming this October and will be premiering in January of 3013.