USA and China on a Cool War 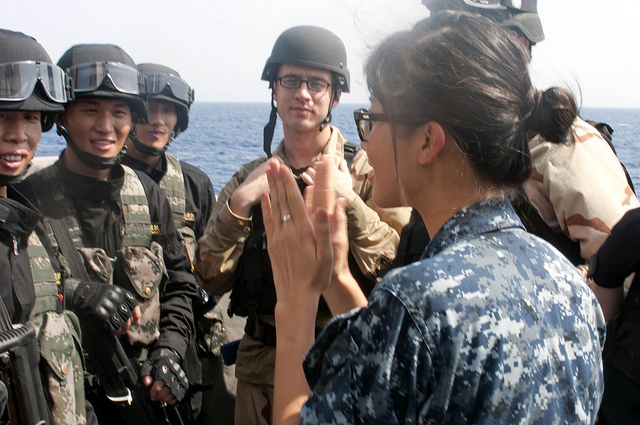 The global political climate is really complicated. Let’s take a good look at the United States, a country which is primarily split between Republicans and Democrats. Republicans are the people who like war, they continually want to increase the defense budget, and are quick to act (rather harshly) on intentional happenings. Democrats, on the other hand, are the peace loving people. They say that the defense budget is bloated and America should keep it’s meddling with international affairs to a minimum.

That’s one of the reasons why everything is complicated with China. You have these parties that want different things. The Democrats are easier to maneuver since they have President Obama, but the Republicans are a definite mess. They are divided into different groups, Religious conservatives, the rich business people, pro-war people, gun aficionados, and the list goes on and on. If the Republicans controlled the country, how will they deal with China? If the pro-war part of the Republicans wants to settle a beef with China, it will anger the Republican business leaders. Case in point, America’s reaction to China and everyone in the world depends on who’s leading it, and for now, President Obama wants everything to just chill out and follow international law.

Speaking of international law, China is not following it at all. The awoken giant now claims almost all of the South China Sea, even small islands far away from its coast. If you take a look at how the Chinese government draws their territories, it would look like The Philippines, Japan, Taiwan, and Vietnam were just boxed up in their own land while China has the whole playground. And we all know what they’re after, let’s not play dumb. The South China Sea is full of natural gases, oils, minerals, and other natural treasures.

Recently, President Obama visited America’s Asian allies and re-affirmed their commitment to defend its them. Although the US President didn’t state that America will protect its allies in case China starts annexing disputed territories, the visit was a welcome gesture to America’s friends. The visit was of course interpreted as a sign of total disrespect by the Chinese government saying that “America and its trouble making allies” shouldn’t stir up any trouble.

It gets more complicated because China is always provoking different countries but always maintained that their rise to power is peaceful. They always say they don’t want war yet you couldn’t help to be afraid when they attack Filipinos with water cannons.

The only thing that is preventing a total world war, at least in my perspective, is that China and America are economically interdependent. The US has 80,000 Americans in China, while there are 200,000 Chinese students on America’s top universities. America owes a lot of debt from China, while America is China’s top buyer of goods. U.S. businesses also go to Chinese workers for very cheap labor, and of course China enjoys the pay (no matter how little). This is the Cool War that is happening between the US and China. Sure, the Chinese government may hate America’s guts but they can’t do anything about it, at least for now.

Things You Probably Didn’t Know about The Americans