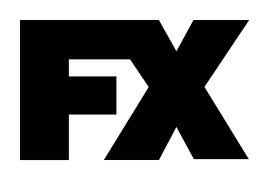 The popular spy show, The Americans has just wrapped up season 2 on May 21 and FX producers pleased with the program renewed for a third season.

Recapping the finale, Elizabeth rushed to exhilarate Jared with Larry closing in while Philip readies Fred for a crucial mission. Finally Arkady plays his hand, forcing Stan to make an impossible choice.

Eric Schrier, president of original programming for FX Networks in a statement said “The Americans continues to be one of the best shows on television”, he continues, “Fans will be blown away by the rest of this season, and we can’t wait to see what they come up with next year.”

So far, the series’ producers, actors, and writers have been remarkably tight-lipped about what’s to come. Series creators Joel Fields and Joe Weisberg said, “We are so delighted and grateful to continue telling the stories of these characters.”  John Landgraf, Eric Schrier, Nick Grad, and the entire team at FX have been remarkable supporters and creative partners for the show and we are blessed to have Keri Russell, Matthew Rhys, Noah Emmerich, and an awesome ensemble who bring it all so brilliantly to life.”

Weisberg said, “We’re also truly excited to continue our collaboration with our lead studio, FTVS, led by David Madden. And we’re so grateful to our incredible production team led by Dan Sackheim and Mary Rae Thewlis, our producing partners Graham Yost, and Darryl Frank and Justin Falvey at Amblin TV.”   He then teased, “Seriously, if the Soviet Union had this level of support from its allies, the Cold War might have turned out differently,”

Meanwhile Keri Russell who plays Elizabeth expressed what she’d like to see in the next series. “My favorite is when it’s concentrated on the relationship and it’s really a metaphor for marriage. That’s my favorite way,” She added, “I love the spy stuff, I love the way it raises the stakes and complicates the weird relationship, but I like the marriage stuff.”

Fans of FX’s critically acclaimed The Americans can breathe a sigh of relief since FX has ordered a 13-episode third season. While we can all rejoice in the renewal, there’s no word on when exactly the show will return. The first two seasons premiered in January of 2013 and 2014. A premiere date for next season hasn’t been announced yet but based on the previous premieres; it will likely be sometime in late January or late February. If it stays on Wednesday nights, then that could be January 28 or February 25.

Regarding the show’s low ratings on the first season, Landgraf was quick to turn attention to the show’s impressive performance on DVR. “That’s a stunning level of DVR usage, unlike anything I’ve ever seen before,” said Landgraf of the fact that the audience grows by as much as 400 percent once DVR viewership is included. “It literally changes the equation. You wake up the next morning and get your Nielsen report card, it doesn’t mean very much. Everything’s gotten more complicated which makes it interesting, but it isn’t the good old days where you can just pick the fruit right off the tree.”

On its return in Season 2, with modest but solid ratings, it has proven to be a great asset to FX and has managed to carve itself a strong niche among viewers.