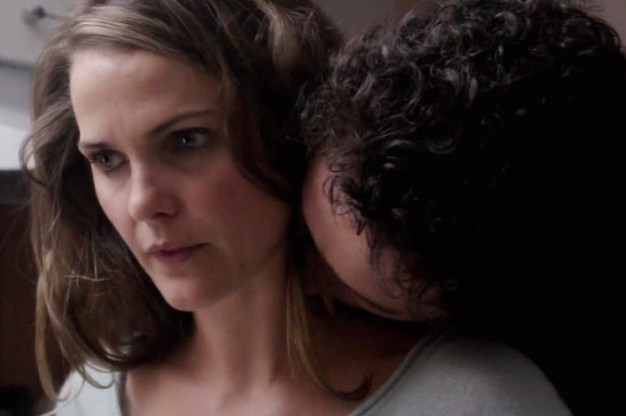 The first episode of the 2nd season of The Americans was excellent and it left the fans wanting for more. But since The Americans is not shown on Netflix, we can’t binge watch the whole thing. We have to wait for next Wednesday and watch it on 10pm like everybody else. And the big question really is, why are we so addicted to this show?

“What’s evocative about the premise of the show, part of what’s exciting to us creatively, is that idea that we’re all spies in our own lives,” says executive producer Joel Fields. “And ultimately we have to make a choice to live in trust with other people.”

It’s also in the familiarity with the character’s situations that makes them so relatable. Sure, we may not be real Russian spies, but we’re still people who have relationships.

“The Americans” is a marriage story dressed up as a spy flick, with espionage work, and all the secrecy and deception it entails, standing in for the issues we grapple with in real relationships.

“You can choose between safety and risk with your heart and with your life,” says Fields. “If you want to be really super-safe from hurt, the best way to do it is to never engage with anybody else emotionally. If you want to live with emotion, heart” — at this, his voice drops low — “you’ve got to expose yourself.”

And this emotional vulnerability will influence season 2 greatly, well at least for Elizabeth Jennings who is played by the gorgeous Keri Russell. Russell says that Elizabeth “is definitely a better soldier in the first season when she’s not as in love with Philip. She’s not as vulnerable. She’s making very clear choices. It’s easier to do the honey traps. It’s easier to do the sexuality that she has to do for her job, it’s easier to accept her husband using sexuality for his job. So her intention is much more clear. It’s much more black and white. And I think that has shifted radically.”

Matthew Rhys approves of her co-star’s statement. “All of a sudden, (when) emotions become real, the honey traps take on a new color. And it’s incredibly hard for Philip to deal with what she does.”

“Everything’s heightened,” he says. “And not necessarily for the better of their jobs.”

And speaking of heightened, you can expect the sophomore season of the hit spy show to be bigger and bolder in terms of sex and violence. If you’ve watched the 2nd season premiere (and if you haven’t stop reading now because of SPOILERS) 10 minutes or so into it 3 people are already dead. After that, we see Elizabeth having a threesome, then more people die. According to the show runners the sex and violence will indeed get more graphic but they keep track of it. They have a chart on the wall where it shows how often sex and violence are used. “We never want to have too much,” Fields says.