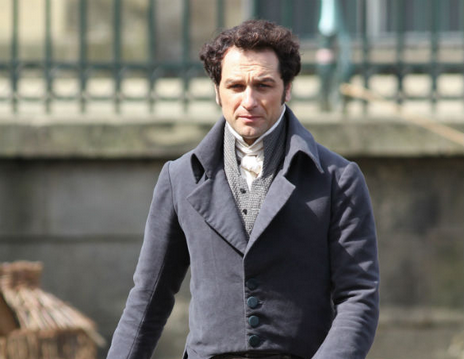 It’s no secret, we have a thing for period dramas. One personal reason why I love them is that I could see how people act, talk, and solve problems in a time where I couldn’t imagine myself living in. For other people, they like to be transported to another time and place. Fans of the ‘Downton Abbey’ get to see how maids and butlers were treated by the aristocrat. ‘Mad Men’ never fails to remind us of the inequality and the amount of cigarettes that were burned in that era. For ‘The Americans’, fans like me love the incorporation of history to the show. Other than that, the fashion is always amazing and admittedly a little bit funny. The set design is awesome, and most of all, the wigs… oh my God the wigs.

What makes all of these possible is a lot of research. Professional actors, at least the one who care about their jobs, do a lot of reading and scouring of information. For Matthew Rhys, he researched the Russia where his character, Phillip Jennings, grew up in.

“Yes.  One element of the research was that we meet Philip during this enormous transition in his life, especially with the defection.  I think that’s motivated by his family.  He realizes that there’s an expiration on this life that they’re leading, and it can potentially and possibly will end tragically, if something isn’t done about it.  So, I think the reason the defection comes into it is because he wants to secure his family, or at least see them grow up.  The other element of that, that I thought would be interesting, was to research the Russia that he would have grown up in, which was incredibly hard to place.” – Matthew Rhys

The set designers and props men also researched well on how to design the sets and the props. Sure, making offices that looked like it was made in the 80’s may not be that difficult, but you have to give it to them when it comes to the excruciating detail. And the spy gadgets can’t be made willy-nilly. The KGB were proud of their gadgets, imagine them watching the show and seeing their thingamajigs not being used correctly and not even looking like what they’ve used in the cold war, it would create madness!

Another great addition to the authenticity of the show is that a former CIA agent is the creator and one of the executive producers of the show, Joe Weisberg. He worked for the CIA between 1990 and 1994. He didn’t like what he did so he decided to create a show and be part of TV, lucky us right?

I know I’m watching too much TV, but if another great period drama like ‘The Americans’ come along, expect me to at least give the pilot a try.

The Role of Food in The Americans

Keri Russell on Dawn of the Planet of the Apes